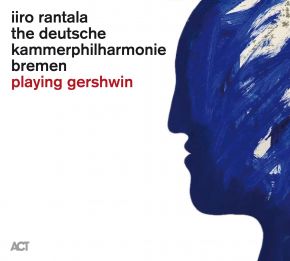 Their first encounter during Bremen’s Jazzahead festival in 2017 was an immediate meeting of minds: Iiro Rantala and The Deutsche Kammerphilharmonie Bremen are bound by the same inquisitiveness, openness and ability to excite people interested in a wide range of different musical genres. Following their first live album “Mozart, Lennon, Bernstein” together (January 2018), they are now releasing “playing Gershwin” on which they embark on new musical adventures. With arrangements written specially for this album, the Finnish jazz pianist and the world-class orchestra transcend musical boundaries and build bridges at the highest artistic level – fascinating, masterly, unique!