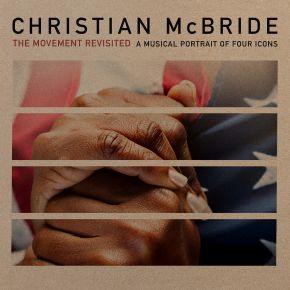 Christian McBride (composer)More information
24-06-2020 Mad Jazz
"This work is finally available. Fortunately. She is moving and reflects so well the melancholy of the black experience in the United States, and she supports with such discretion and beauty the force of words of these five personalities."
24-04-2020 Jazzism
"A monumental album."