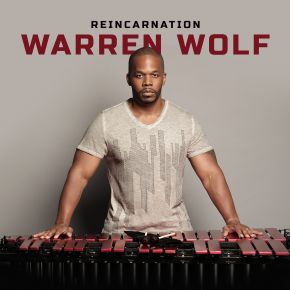 On his latest album, Warren Wolf reveals an entirely different side to his multi- faceted talents. As the title implies, Reincarnation represents a rebirth of sorts for the Baltimore vibesman. In part it frees Wolf to indulge his love for the R&B and soul hits that served as the soundtrack to his formative years in the 1990s. It’s also a celebration of a new lease on life, a happiness and contentment that he’s discovered through a new marriage and his five beloved children.