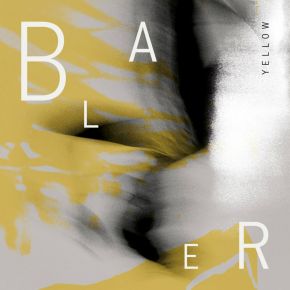 This is already the third album of the working band BLAER, founded in 2012 by the composer and pianist Maja Nydegger. YELLOW is the result of a longstanding and diligent collaboration. The band concept sets on a balanced group sound and a calm, focussed flow of music.
By this genuine attitude of a differenciated common ground, this album develops an urgency and power which in all coolness radiates warmth.

Similarly to Schuberts music, where a minor tonality often contains a confident vibe, the seemingly simple, quiet and melancholical pieces of BLAER create a positive atmosphere. Surprising spins and grooves are subtly invigorating this atmosphere, yet always serving the overall dramaturgy.

The leader Maja Nydegger thus offers her band a community-oriented, but crystal clear concept in which her musical partners can all serve the whole while at the same time shining through individually with their high competence on their instruments.
As a result, the lines of the reeds players (Nils Fischer and Claudio von Arx), together with the differenciated drum play of Philippe Ducommun, the often also ambient-like base of Simon Iten and the repetitive piano patterns and chord progressions of the composer herself create vast soundscapes and spherical hymns.