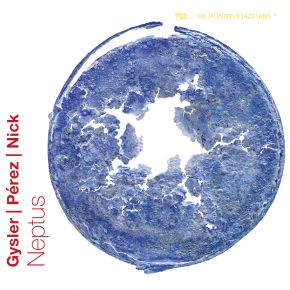 A clever mix of inspiration, discovery and lightness, wrapped in a frenzied dynamic, reflects the originality of the trio of confirmed artists. Swiss bassist Cédric Gysler, pianist Evaristo Pérez and drummer Raphael Nick meet around contemporary improvisations inspired by the musicality of EST, Brad Mehldau and Enrico Pieranunzi.

These three jazz cats happily seize new ideas and deliver to the audience their love of delicate and rhythmic sounds. Cédric Gysler, from Lausanne, surfs with finesse between his heterogeneous inspirations based on his great knowledge of jazz. Charmed and conquered, his audience finds him in mixed performances sometimes of gypsy or contemporary jazz, sometimes of electro experimentation. He enriches the trio with a sweet mix of safety and spontaneity.

Of Catalan origin and established in Geneva, Evaristo Pérez transmits, to the sound of his intense and nuanced melodies, his passion and delicately opens the doors of his dreamlike world. Inspired, authentic, sensitive and sparkling, he takes us on a journey made of a thousand colours, each time reinvented.

Raphael Nick, drummer from Lucerne, enriches the trio with his varied experiences, where Latin jazz rubs shoulders with acoustic rock-metal in a safe and impromptu way. His stability and complexity combine happily with the unpredictable paths the trio takes.