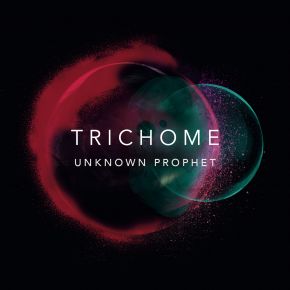 Of course, you have already heard all of that: sometime, somewhere, somehow. Of course, it is again a piano trio, the most traditional, most often used, but also the most common collection of band members grouped together in one category in jazz. Whoever gets involved with it has a lot work constantly counteracting all prejudices. “The isosceles triangle”, “exciting interaction” and “group structure with equal rights for all”: meaninglessness phrases like this increasingly run riot, but also demonstrate a certain helplessness against a phenomenon, which is numbing in itself.

Maybe just think in a completely different direction. Perhaps chose the bass player, who usually controls things in a piano trio and connects many things inconspicuously, as primus inter pares. “I already have had experiences with trios,” bassist Nesin Howhannesijan explained. “For me, it's the most interesting format that exists. Every musician gets the space that he wants.”  The specific case concerns him, a German with Armenian roots, the pianist Benny Lackner, who studied under Brad Mehldau and whose father comes from America, and the drummer Diego Piñera from Uruguay. The smallest common denominator of the three is Berlin, the cultural artery of Germany and their place of residence, the largest of which is called “Trichome”.

Trichomes are the antennas or sensors of a plant that absorb sunlight. The philosophy of the trio cannot be described better. The musicians absorb all the influences around them and process them into an independent, entirely new music, which also includes coherent, courageous use of electronic effects, experimental sounds, hip-hop, odd-meter jazz, European classical music and folk music from the Balkans, Asia and the Orient in addition to acoustic passages. No standards – which goes without saying – but instead nine own compositions (everything by Nesin Howhannesijan except for "Con Dos Cojones” by Benny Lackner) with odd rhythms, subtle punch and great sensitivity. Lackner uses the Korg Kaos Pad, which generates a lot of confusing, exciting sounds, while Piñera does not act like a conventional drummer, but also play gongs and other percussion instruments. The energy level never falls below a certain level, and the complexity of the structures interestingly facilitates listening pleasure. It is always about the balance of the three instruments, about a balance that brings all the participants to the same level.
The title “Unknown Prophet” symbolizes a whole series of unknown musicians for the bassist, musicians who have long emancipated themselves from the traditional laws and who actually deserve to be heard more. Nesin Howhannesijan does not believe that Trichome shares this fate. “We all come from tradition. Of course, we communicate with our vocabulary. But jazz has become such a wide field that we draw our inspiration not only from the past, but also from the present. We also incorporate things that we find interesting. Anything is allowed and possible with us.”  Trichome has a much larger pool of inspiration than Bill Evans, the grail guardian of the modern piano trio, did in the 1960s. The fascinating thing about it: The musicians no longer function as a mere union of three outstanding soloists (which they could undoubtedly be), but as an organic, self-contained, coordinated unit. Howhannesijan, Lackner and Piñera present the piano trio in 2020 as a holistic, new instrument, pushing the horizon of jazz back a little further.