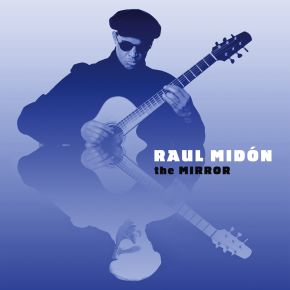 Singer/songwriter and guitarist Raul Midón is on an undeniable roll. After GRAMMY® Award nominations for his two previous Artistry Music/Mack Avenue Music Group releases, he returns with his 11TH studio album and fourth for the label. The Mirror finds Midón breaking new ground for himself, including two entrancing solo spoken-word pieces ("If I Could See" and "One Day Without War"). The album also features studio meetings with such veteran jazz colorists as vibraphonist Joe Locke, as well as a songwriting collaboration with top pianist Gerald Clayton. Blind since birth, Midón's interpretation of his surroundings is borderless. He sings with the passion of the best classic soul singers, and his instrumental chops stand alongside the most accomplished jazz musicians.

Raul Midón (composer)More information
28-05-2020 Rootstime
"... he is utterly virtuoso instrumentally, masters an arsenal of instruments and his vocal abilities are superior."