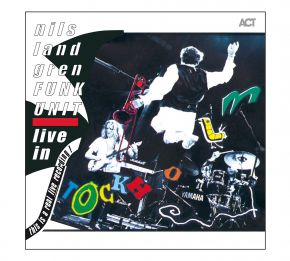 It is 25 years since "Live in Stockholm" first appeared on CD, setting in motion  Nils Landgren.s unparalleled career in music. And whereas the Funk Unit has long since had cult status throughout Europe, setting the standard wherever it goes, this live recording from 1994 does have something special: a particular roughness, freshness and power, and an untrammelled joy in playing. Plus the presence on the album of one of the greats of funk who delivers that extra kick, Maceo Parker. Irresistible funk-jazz with a strong sense of groove and superb soloing, then, are the essence of "Live in Stockholm". John Coltrane's "Impressions" evokes memories here of the Crusaders in their early 70s prime. Maceo Parker’s influence is palpable, his own special effervescence and his experience from his James Brown days make him such a great saxophonist for soul and R&B: again and again he really puts the icing on the cake. On the tracks “Mr. M” and “Red Horn”, Parker and Landgren with rapper Magnum Coltrane Price conjure up the heat of a James Brown performance. Jazz memories then resurface in Miles Davis’ "So What" which rounds off the set. This is one of those once-in-a lifetime-concerts and it has lost none of its magic. "Live in Stockholm" was the first milestone for the Nils Landgren Funk Unit. It is a must-have for people who love funk – and now for people who are serious about vinyl too.