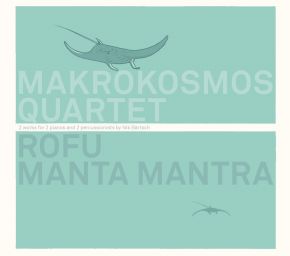 ROFU is a musical ritual for two pianos and percussion, written in 2012 and commissioned by the Makrokosmos Quartet, which is especially interested in performing new pieces. The premier was at the Dampfzentrale Bern at the festival “Morton Feldman – long music” in 2012. This context and the interest of the Makrokosmos Quartet in my music was a chance to write pure chamber music for an ensemble which was not my own. This led me to a different way of interpreting my own background and musical development, focusing more on completely written out music - and reflecting this tradition and process at the same time. Igor Strawinsky once said when asked about the meaning of words in relation to music: "Sometimes I feel like those old men Gulliver met on the trip to Laputa: They renounced language and tried to communicate with objects. A composer is always in this position because he has no verbal control over his music. The only real comment on a piece of music is another piece of music." MANTA MANTRA is another work for almost the same instrumentation. It was commissioned by the young Ensemble New4Art in 2014. I saw a film about a huge manta ray floating peacefully in the pure blue of the sea in two different speeds, seen from below together with the broken sunlight. This inspired the piece. Later I found in the graphic novel “Superman” by Gion Capeder a wonderful similar sequence, which is seen on the cover.