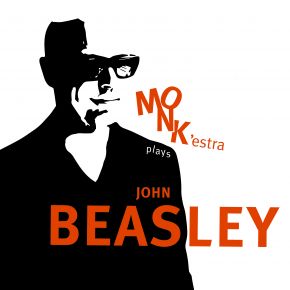 Over the course of two albums, bandleader/composer/arranger John Beasley has re-imagined Thelonious Monk's iconic compositions through his inventive, versatile MONK'estra –- a big band able to deftly navigate the legend's  eccentricities from a variety of perspectives, from boisterous swing to raucous funk to Afro-Cuban explosiveness. MONK'estra, Vol. 1 and Vol. 2 each garnered a pair of GRAMMY® Award nominations, alongside widespread critical acclaim. Beasley veers off in new directions on his stunning third album in the series, MONK'estra Plays John Beasley. As the title implies, this time out the band shifts focus to its fearless leader's own estimable compositions and piano playing, alongside a quartet of Monk classics and a tune apiece by Duke Ellington and Charlie Parker.

John Beasley (composer)More information
MONK'estra (orchestra)More information
02-09-2020 De Standaard
"Beasley puts his own stamp on it with ingenious arrangements."
01-08-2020 Rootstime
"As in the first 2 volumes, the music of MONK'estra is solid, and it is striking that Beasley's compositions are not inferior to the classics. [..] Another extremely successful album by this special orchestra MONK'estra!"