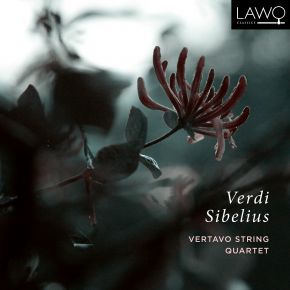 With the obvious exception of Mozart, the most famous operatic composers were not at all prolific in the spheres of the symphony, string quartet or sonata. These genres are traditionally associated with sonata form, a disciplined structure requiring an entirely different approach. Verdi is a typical case, a natural man of the theatre who composed about thirty operas, and who is not immediately associated with instrumental forms.

Verdi completed his only string quartet in 1873 – i.e. roughly the period of Aida and the Requiem. Unsure of its value, he delayed publication until three years later. He remarked drily: “I don’t know whether it is good or bad, only that it is a quartet.” With astonishing modesty, he claimed to have composed it “merely for amusement”. He also laid himself open to criticism that the piece may be less than idiomatic when he welcomed the plan to perform the work in London with twenty players to a part – “since there are certain passages which require a fuller sonority than a mere quartet can furnish”. One might gather from his diffidence that the piece is unpretentious, but it is so much more than a mere diversion from writing operas. While Verdi does not attempt to emulate the rigorous developmental processes exercised by the great quartet composers, he does create on his own terms a highly individual and satisfying work distinguished by abundant craftsmanship. Tchaikovsky is a similar example, demonstrating his German-influenced contrapuntal skill when he chooses (as does Verdi in his fugal finale), but otherwise relying on his more instinctive gifts of melody, elegance and felicitous scoring.

During his earliest creative period Sibelius was strongly attracted to chamber music. The list of his juvenilia includes a piano quintet, four piano trios and about twenty works for string quartet, some incomplete. It is all the more surprising, therefore, that he composed and published only a single string quartet in his maturity.

Sibelius composed his only major string quartet, entitled Voces Intimae, between late 1908 and April 1909, though his first sketches date from as early as 1899–1903. At the time of the work’s completion he had only recently suffered from a throat tumour which he believed to be lifethreatening, but which proved benign.

As biographer Erik Tawaststjerna writes “both Voces Intimae and the Fourth Symphony [1910–11] reflect his inner life during the years immediately after the operation when he had passed through the shadow of the valley of death.” Following medical advice, in order to try to avoid a recurrence of the tumour, Sibelius reluctantly abstained from alcohol and tobacco for seven years, an interval which his wife Aino described as the happiest time of her life.