The code is valid one time and valid for a 10 days after receiving the promotioncode. Your emailaddress will only be used by Challenge Records International and will not be given to 3rd party advertisers. If you have any questions please contact us.
TITEL CD is added to your cart.
1370519130 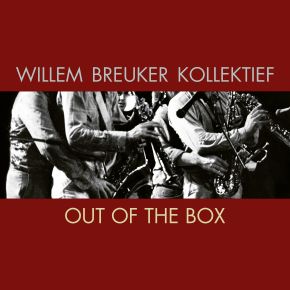 For over 45 years, Willem Breuker played a large part in the musical life of the Netherlands, as a musician, composer, arranger and organizer.
Between 1974 and 2012, the Willem Breuker Kollektief presented an adventurous and innovative mix of jazz, free improvisation, contemporary classical and theatre and circus music, often enlivened by a personal sense of humor.

From this huge body of work, original Kollektief members Arjen Gorter and Bernard Hunnekink have now compiled an anthology, to be found on these 11 beautifully remastered CD’s. Themes such as music for film, theatre and strings are featured, as well as songs and longer, more complex pieces. Many of the pieces presented here are either no longer available elsewhere, or are now released for the first time, including the complete sound track for the film Faust, and the farewell concert Happy End.

‘Willem Breuker Kollektief stalwarts Arjen Gorter and Bernard Hunnekink have taken care of Breuker’s musical legacy and have scrupulously compiled an anthology from this huge body of work which is beyond compare. They are absolutely right in releasing the embodiment of their quest at this moment: something as wonderful as this may not be postponed.’  Jazz Nu

‘The CDs come accompanied with a book containing lots of visual material, personal stories about Breuker, historical and musical interpretations, plus extensive information and documentation for all of the tracks. The CDs have all been remastered, making the recordings sound clear, fresh and well-defined. In all there is some four hours of previously unreleased music. The other tracks have found their way into the discography.’  Het Parool

‘CDs 8 and 9 contain the music for the silent film Faust, made by the German director Friedrich Murnau in 1926. In 2003 the Paris Cité de la Musique commissioned Breuker to compose a score in which there were to be no improvised parts.’  Het Parool

‘The great rendition of Gershwin’s Rhapsody in Blue on CD 5 (Strings) takes up a little over 15 minutes: strongly orchestrated, as transparent as can be, and without the symphonic hullabaloo that so often seems to come with the work. The Willem Breuker Kollektief stays very close to George Gershwin’s intentions and makes use of the original score.’  Jazz Nu