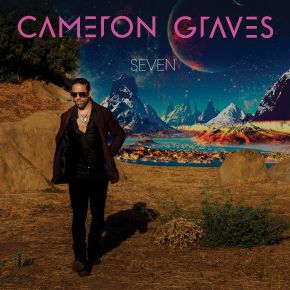 Pianist, composer, and vocalist Cameron Graves calls the music he's architected for his new Artistry Music/Mack Avenue Music Group release thrash-jazz, though that only begins to tell the story. Yes, upon an initial listen, the juggernaut metal force and hardcore precision of Seven can knock you back.

After all, Graves grew up in metal-rich Los Angeles, headbanging to Living Colour as a kid and, after immersing himself in jazz and classical studies for years, reigniting his love for hard rock through records by Pantera, Slipknot and his most profound metal influence, Swedish titans Meshuggah.