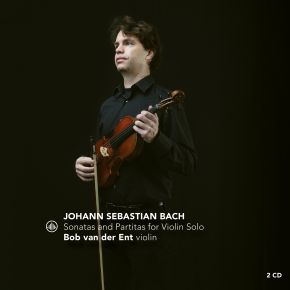 Sonatas and Partitas for Violin Solo

It was not until I picked up my violin and played a few movements of solo Bach, one winter's evening at home, that the essence of the composer finally permeated my being. I felt an almost mystical unity with the music that I'd never experienced before. Because there are already so many fabulous recordings of Bach, I asked myself "What can I still add to this?" What surprised me, however, was that the wide diversity of approach was actually a great source of inspiration to me rather than being in any way off-putting. Apparently, the possibilities of Bach's music are inexhaustible. This is what gave me the courage I needed to issue a new recording.

To me, the narrative power of Bach's music means that it can sound like new in every era and in every performance. People's opinions of Bach are constantly changing and will continue to do so in the future. My recording of Bach is an interpretation of my vision of his music up until now, and I have striven for authenticity by remaining true to my personal vision, without making it a predominant feature.

For years now, I have been playing a violin that is very dear to me; an instrument by Jean Baptiste Vuillaume from 1828. It is modelled after Stradivarius and its tonal design is typical of 18th century instruments, with a wide palette of colours. Using gut strings on this instrument, especially for Bach, adds a great deal of clarity to the sound, a richer range of overtones and a warmer sound that more closely approximates the human voice. Finally, a Baroque bow offers many more options for the expression I'm seeking. It's a bow that feels like a fine paintbrush, helping me to paint the music, as it were, in great detail. 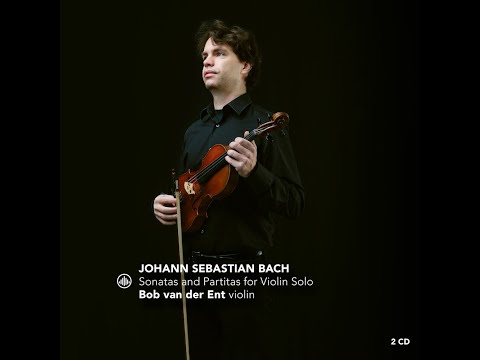 Johann Sebastian Bach (composer)More information
28-09-2021 Fanfare
"Van der Ent does offer a new and highly personal performance of Bach's music."
01-09-2021 American Record Guide
"Bob van der Ent is, by way of contrast, a relative unknown, but one who has done some phenomenal work here. Both players use baroque bows, but Van der Ent is also using an instrument in full baroque set-up, with three unwound gut strings and the fingerboard and neck and bass bar of an 18th Century instrument; "
15-05-2021 Luister
"
Van der Ent plays the works with the baroque bow and also chooses gut strings on his modern violin. This is to be able to add more nuances and to make full use of the overtone-rich warmth of the gut strings.
"
18-02-2021 Stretto
"

Bob van der Ent deeply touches the core of what this music can give us: comfort, hope, emotion and vitality