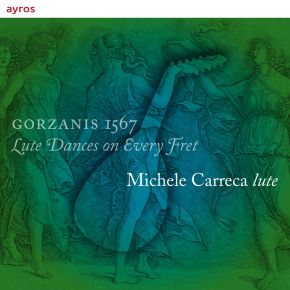 Gorzanis 1567 - Lute Dances on Every Fret

Gorzanis' “Libro de intabolatura de liuto” (1567) is the first known case of music composed on every semitone of the octave.
A cycle of 48 dances which explores all the fingerboard, using Renaissance modes and simple cadenza and diminution formulas.
The cycle is followed by some “napolitana” (in the form of lute tablature) and one “ricercare”.
The album, conceived as a sound image of the manuscript, is recorded for the first time in its entirety and it retains the exact order of the songs.