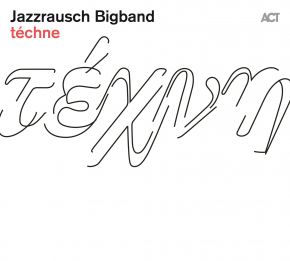 "Jazzrausch Bigband is making jazz sexy again" (Bayerischer Rundfunk). Downbeat has singled out not just the band's "high-voltage performances" and "party atmosphere", but also the amount of experimentation going on. The ensemble's ingenious mix of techno and big band jazz has proved to be just as accessible to people listening to the band from the comfort of their seats in a concert hall as it has to those sweating it out on the dance floor.

Since 2015 Jazzrausch Bigband has been in residence at Harry Klein in Munich, a club renowned for its house and techno acts as well as for ist stunning live visuals; this cooperation between a techno club and a big
band is truly unique in the world. From its base at the club, the pioneering ensemble has defined a completely new genre, "techno jazz". On their previous albums "Dancing Wittgenstein" and "Beethoven's Breakdown", Jazzrausch Bigband impressively demonstrated its process of finding new perspectives on the artistic interaction of themes and elements from a wider cultural context.

The focus of all the group's trailblazing creativity has now turned to "téchne". This ancient Greek term, "τέχνη", is still significant in today's European-influenced philosophy and its understanding of the arts, science, and technology. Indeed, the element which was decisive in sparking Jazzrausch Bigband's interest in "τέχνη" was the fact that the original concept of both 'making' and 'doing' can be applied indistinguishably to any of the three. With the new Jazzrausch Bigband album, the young musicians and their guests revel in making seamless and effortless transitions from one sphere to another. Through their compositions and lyrics they embrace mathematical, philosophical and literary themes, with a compelling band sound fusing jazz, classical music, and techno.

With their dazzling confidence, genuine authenticity and communicative panache, the members of Jazzrausch Bigband have created a musical world which is as close to jazz and its origins as it is to the electronic music of the future.