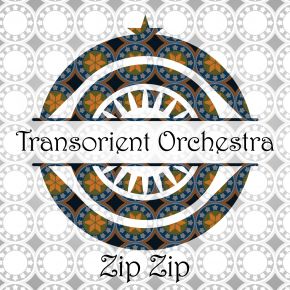 For years, the Transorient Orchestra has stood for a fusion of musical cultures that could probably only be created in the Ruhr region of Germany. Twelve musicians from Germany, Turkey, Iran, Tunisia and Syria have joined forces to create a dazzling mix of oriental melodies and rhythms with Western harmony and jazzy improvisation. Since its foundation, the ensemble has met with a lively public interest and received the WDR Jazz Prize in the category Music Cultures in 2017. At the time, the jury found: “For years, the Transorient Orchestra has been more than simply a larger, multicultural band that brings together refined improvisation and concise composition, Western rock and jazz with Eastern rhythms, Arabic melodies, Persian tones, and this with impressive force and class. It is a band that very offensively understands its musical fusion work beyond all purity laws as the natural music of the highly urban region in which it is at home, which has always been marked by migration flows and encounters between strangers.”
This full-bodied praise also applies to the new album “Zip Zip”, which presents the music of the ensemble in nine new songs with incomparable variety.

The album begins with the title track of the band leader and guitarist Andreas Heuser. “Zip Zip” combines a simple, almost childhood melody with a 7/8 bar that is typical of the Black Sea region, especially interpreted by the percussionists of the Transorient Orchestra but with a light and sweet Latin feeling. “Nihavend Longa” dates back to the Ottoman period at the end of the 19th century and is very well known in Turkey. “Our brass players support the theme and give it a different color at the same time,” Heuser said about the arrangement. “Gol E Saye Chaman” is a Persian piece enhanced by Santur player Kioomars Musayyebi with an introduction and numerous solos. The love song “Ben Seni Sevdugumi” also comes from the Black Sea region and introduces the female quarter of the band: Saxophonist Nikola Seegers, trombone player Ina Möllerherm and violinist Antje Vetter. “Kasap Havasi” is based on a Turkish melody and is also used by the Transorient Orchestra to present the entire band, because each of the musicians has the chance to play a short solo. “Daskale” is a piece inspired by the music of the Balkans composed by bassist Jens Pollheide. The rhythmic complexity comes across so smoothly and naturally that you have to listen carefully to nail it down. “Allah Yikoun Fiounak” is a kind of Tunisian travel blessing that comes from the pen of the oud player and singer Sahbi Amara. “This is certainly our most danceable piece on this CD,” Andreas Heuser said, but above all it shows the qualities of Amara, who not only plays a cozy intro on the oud, but whose singing is of a rarely heard intensity. Andreas Heuser composed the quiet and almost psychedelic “Leander”, and he is particularly pleased about the complex percussive design of the Transorient ensemble. The album ends with “Tahtaci Sema”, a piece from the Sufi tradition that usually accompanies the dance of the Dervishes. “It was important to me that the 9/8 bar, in which the piece was composed, stays a little suspended,” arranger Andreas Heuser stated.

Almost limitless and undogmatic is the music of the Transorient Orchestra, of spiritual strength, without being kitschy, and animated by rhythmic complexity and strength, without appearing textbook virtuoso. The ensemble combines the intellectual pleasure of improvising jazz with a sensual musical attitude that wants to appeal not only to initiates. “Zip Zip” is guaranteed to win a lot of new aficionados of the Transorient Orchestra.