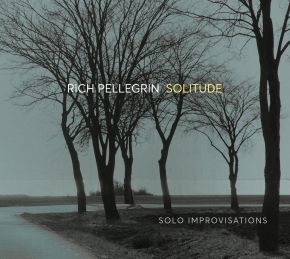 Having released three powerful, boundary-crossing quintet records over the past decade, Rich Pellegrin turns to a small historic church, a piano, and an abundance of open time for Solitude, a set of contemplative improvisations. Recorded at Whidbey Island's charming Langley Methodist Church, near Seattle, Pellegrin captures the spirit of place in these times, exploring the wide-open spaces of the mind and reconnecting with water, mountains and forest. The piano itself, also a relic with its own idiosyncracies and character, is another personality in the performance as its creaks and exhortations suggested paths for the performance to wander. An accomplished musical mind with sweeping, far-reaching intentions offers, with Solitude, the freedom to just "be."