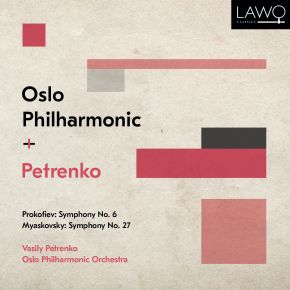 Sergei Prokofiev (1891–1953) composed his Symphony No 6 in E flat minor, Opus 111 between 1945 and February 1947, though his sketches date from 1944 - before his completion of the Fifth Symphony. The scoring is for large orchestra includ­ing piccolo, cor anglais, E flat clarinet, contrabassoon, harp, piano, celesta and an array of percussion. Although the key of E flat minor is extremely rare in the symphonic literature, Myaskovsky also wrote a sixth symphony in that key.

Disappointed with the reception of his music in the West, Prokofiev hoped for a great welcome on his return to Rus­sia. As Francis Maes has written in A History of Russian Music, “While Serge Prokofiev’s talent is beyond question, his career as a composer was a succession of misjudge­ments …. All his actions from 1918 to 1932 can be seen as a step-by-step return, first to Western Europe, and then to Moscow …” By the latter part of the thirties many lead­ing composers were in America, while Prokofiev was locked away in Russia. By the time of his Sixth Symphony he had generally adapted to the state’s demand for upbeat, op­timistic music, yet this is a deep and personal work with an unmistakeably tragic element. Biographer Israel Nestyev wrote: “It seems as though the two Prokofievs, the old [of­ten spiky and subversive] and the new, were engaged in a struggle [between] powerful, genuine lyricism and sudden outbursts of unrestrained expressionism ...” Initially well re­ceived (Evgeny Mravinsky and the Leningrad Philharmonic gave the premiere in October 1947), the work was officially condemned the following year and was omitted from the
repertoire of Soviet orchestras for many years.

Prokofiev’s own comments on the work were typically (and unhelpfully) terse: “The first movement is agitated, at times lyrical, at times austere; the second movement, Largo, is brighter and more tuneful; the finale, rapid and in a major key, is close in character to that of my Fifth Symphony, save for reminiscences of the austere passages in the first movement.” He also acknowledged that the symphony was partly inspired by the war years. “Now we are rejoicing in our great victory, but each of us has wounds which cannot be healed”.

Nikolai Myaskovsky (1881–1950) completed the last of his symphonies – in C minor, Opus 85 – in November 1949. His twenty-seven works in this genre are so remarkably diverse in character that it is almost impossible to define the “typical” Myaskovsky symphony. No 27 is often described as one of his most popular, but actually we would be very fortunate to find any of his symphonies, or any other compositions, programmed in a concert-hall outside Russia. Were it not for CDs and a very rare broadcast, we should never hear a note of his music. However, in the late 1930’s his music was more frequently performed in America, the Chicago Symphony’s conductor Frederick Stock being a notable advocate. Other major American-based conductors who “fought over rights to his scores” (Richard Taruskin) included Stokowski, Koussevitsky and Artur Rodzinski. Shostakovich regarded him as “the major symphonist after Mahler”, while Prokofiev wrote that Myaskovsky “was something of a philosopher – his music is wise, passionate, gloomy and self-absorbed”.