The code is valid one time and valid for a 10 days after receiving the promotioncode. Your emailaddress will only be used by Challenge Records International and will not be given to 3rd party advertisers. If you have any questions please contact us.
TITEL CD is added to your cart.
1457517419 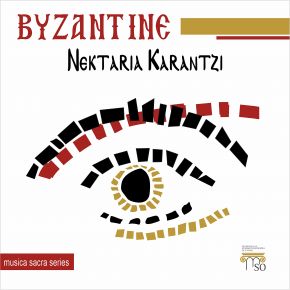 A collection of Byzantine ecclesiastic hymns in Greek by Nektaria Karantzi, a distinguished female chanter, whose works are widely recognized in the sacred art of Byzantine music. The album includes ancient hymns, from the early Christian period, such as “Gladsome Light” and “Christ is Risen”, hymns dedicated to the Theotokos -a repertoire to which Karantzi has centered her research in recent years- hymns of Great Lent and Holy Week, such as the well-known “They stripped me of my garments” and “Today, He hangs on the Cross”, as well as apolytikia for two significant recent Saints of the Orthodox Christian world, Saint Nektarios, Bishop of Pentapolis, and Saint Porphyrios of Kavsokalyvia, of whom Nektaria was a spiritual child. The hymns are a cappella and without the accompaniment of a Byzantine Isokratima (Ison), conveyed in their simplest form, revealing the overwhelming power of the solitary voice of prayer. The album presents ancient hymns and poems of Saint Hymnographers of the 2nd to 7th centuries in musical compositions of the great teachers of psaltic  art of the 18th and 19th centuries (Petros Peloponnesios, Georgios Redestinos), as well as musical arrangements and explanations of more recent great teachers of the 20th and 21st centuries (Athanassios Karamanis,  Charilaos Taliadoros, etc.), based on the classic works of Byzantine ecclesiastical music.