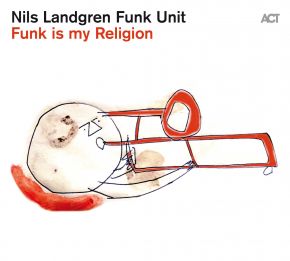 Funk is my Religion

Tender-hearted yet tenacious, Nils Landgren is a world-class artist. His Funk Unit’s groove is irresistible, and The Man with the Red Horn himself has led the band through their highly successful run of CDs, and in rapturously received concerts everywhere from Stockholm to Beijing. "Funk is my Religion" is the band’s eleventh album – the album title just says it all. Landgren and his Norsemen bring a passion, an intensity and a freshness to their craft which has remained undimmed since the start. For more than 25 years, jazz-funk has been the force driving Landgren. This veritable elixir of life produces the bubbling energy, groove and joy that can be heard and felt in every note of the music. The band’s deliciously easy and laid-back vibe gets straight through to audiences. With the crispness of their funk rhythms, blazing brass, cool vocals and persuasive melodies, a new chapter for the Nils Landgren Funk Unit is only just beginning.

3/4 how could we prevent ourselves from swaying in our chair, from getting up and doing some dance while listening