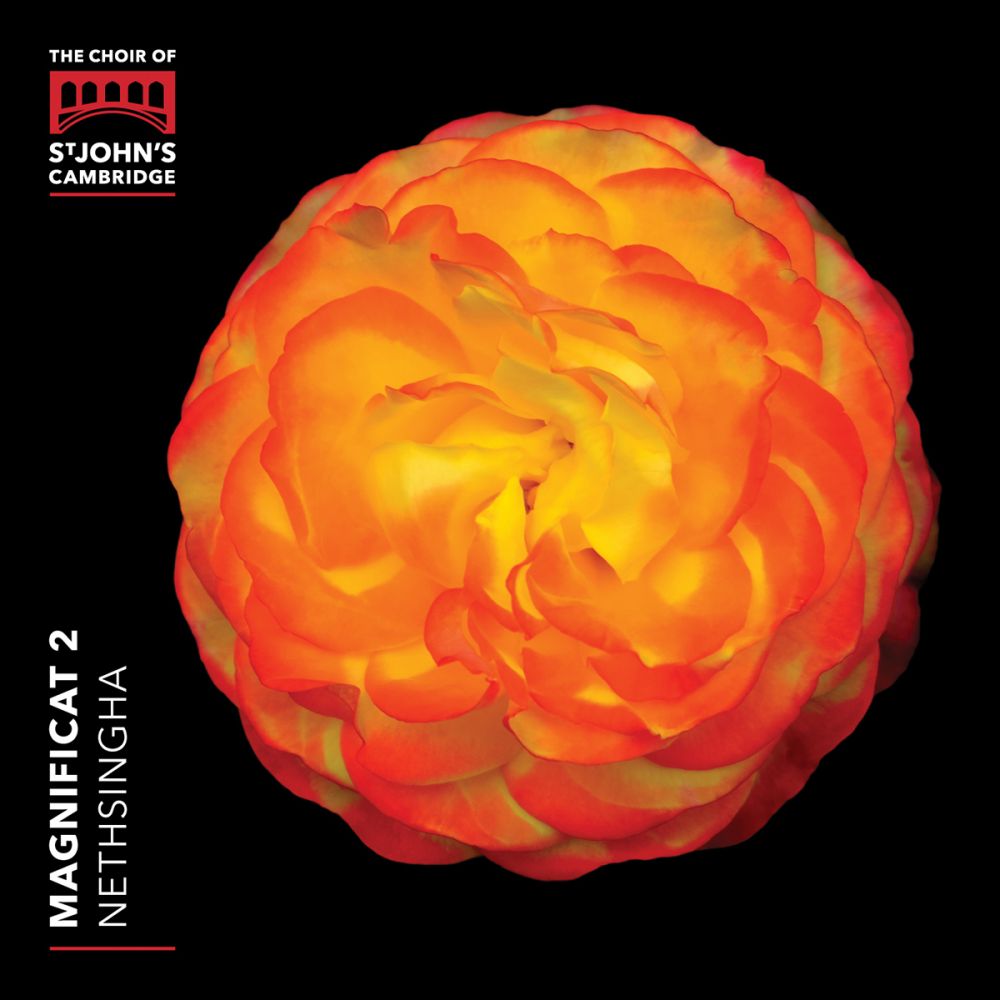 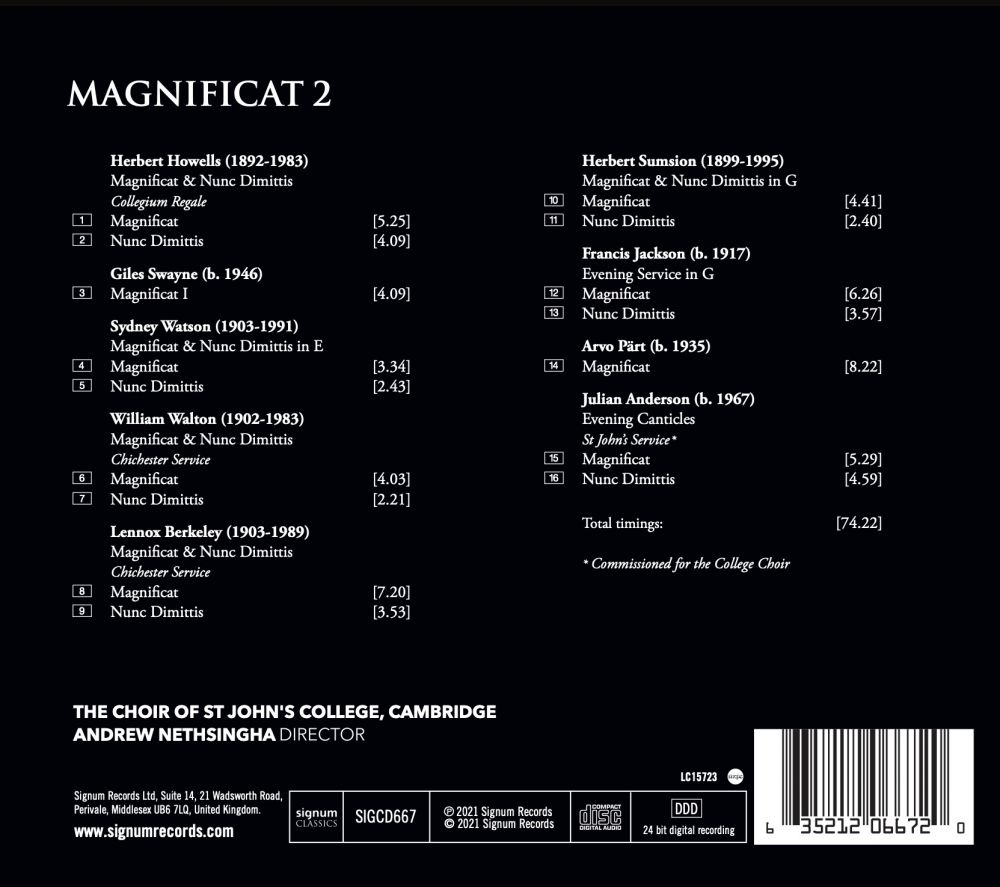 "Music can sometimes really express more than the word."

Andrew Nethsingha and The Choir of St John’s College, Cambridge release the second volume in the highly-praised Magnificat series and present nine settings of the Evening Canticles by celebrated Organist-Composers, written between 1932 and 1952, and non-church musicians from 1974-1989. The recording culminates with a contemporary setting by Julian Anderson, composed for the Chapel’s 150th anniversary.

“These first volumes are designed to complement one another. Magnificat 1 started earlier, with Stanford in the 1880s; Volume Two brings us briefly up to the present day. The first release contained celebrated works by Tippett and Leighton from 1961 and 1972 respectively, in between the two main periods represented on this disc. Both albums contain iconic works by Howells, written a year apart. We hear composers creating different orders of priority for the parameters of composition.” Andrew Nethsingha

The Choir of St John’s College, Cambridge is one of the finest collegiate choirs in the world, known and loved by millions from its broadcasts, concert tours and recordings. Founded in the 1670s, the Choir is known for its distinctive rich, warm sound, its expressive interpretations and its breadth of repertoire. Alongside these musical characteristics, the Choir is particularly proud of its happy, relaxed and mutually supportive atmosphere. The Choir is directed by Andrew Nethsingha who follows a long line of eminent Directors of Music, recently Dr George Guest, Dr Christopher Robinson and Dr David Hill.
The Choir is made up of around 20 Choristers and Probationers from St John’s College School and around 15 Choral Scholars who are members of St John’s College, its primary purpose being to enhance the liturgy and worship at daily services in the College Chapel. The Choir has a diverse repertoire spanning over 500 years of music. It is also renowned for championing contemporary music by commissioning new works, including recent compositions by Judith Bingham, Julian Anderson, Anna Semple, Katrina Toner, Ignacio Mañá Mesas and Cecilia McDowall. Each term the Choir sings Bach Cantatas liturgically with St John’s Sinfonia, its period instrument ensemble. This Bach series has now entered its second decade.
The Choir brings the ‘St John’s Sound’ to listeners around the world through its weekly webcasts (available at www.sjcchoir.co.uk). The Choir has also live-streamed video broadcasts of Chapel services on Facebook, in association with Classic FM. In addition to regular radio broadcasts in this country and abroad, the Choir releases multiple recordings each year. In May 2016 the College launched its new ‘St John’s Cambridge’ recording label (in conjunction with Signum Classics) on which the Choir has released the BBC Music Magazine award-winning recording of Jonathan Harvey’s music: DEO; Christmas with St John’s; KYRIE (works by Poulenc, Kodály and Janáček); Mass in G minor (works by Vaughan Williams); two volumes of Advent Live (collections of live recordings from the College Chapel’s Advent Carol Services, broadcast each year by the BBC); Locus Iste, the Choir’s 100th commercial recording which celebrated the 150th anniversary of the Consecration of St John’s College Chapel; Magnificat, a recording of six settings of the Evening Canticles; Ash Wednesday, a live recording of the Choir’s 2019 Ash Wednesday Evensong (Allegri, Bach, Byrd and Weelkes); and Pious Anthems & Voluntaries (music by Michael Finnissy). The Choir also performs concerts outside of Cambridge and tours internationally each year. Recent destinations have included the USA,
the Netherlands, France, Sweden, Denmark, France, Germany, Hungary, Hong Kong and Singapore. It also performs regularly in the UK, with venues including Symphony Hall, Birmingham, Royal Albert Hall and Royal Festival Hall, London.

Music can sometimes really express more than the word.
Luister, 15-7-2021