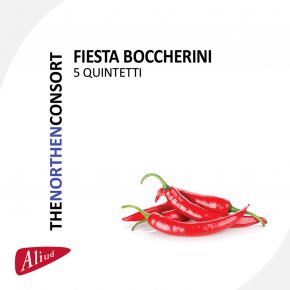 It was clear that the cello would play a more dominant role than we're used to in The Northern Consort. Luigi Boccherini occupies a special place in cellists' hearts: he must have been a phenomenal player, and, happily, he was also a composer. His exceptional knowledge of the technical possibilities of the cello helped him create a completely knew sound-palette This is particularly evident in his chamber music, with its splendid vocalic lines, often revealing an undertone of melancholy, combined with impressive virtuosity, and with a wink or a smile appearing now and then from under the surface. In this way he constantly explores new sound-areas: crazy sections, or seemingly unplayable runs, often in the region of 'eternal snow'– very high up on the string. Rendering these passages playable is still an enormous puzzle for every cellist, and it often feels a bit like a Sudoku: with enough perseverance, everything suddenly falls into place.

Our choice of Boccherini also takes us back to a seminal moment for The Northern Consort: in 2002, Hanneke, Lidewij and Barbara came together for the first time to enjoy his Italian/ Spanish sound-world. In an Amsterdam lounge-room, and under the expert guidance of Boccherini connoisseur Wim ten Have, we played through parts of his impressive string-quintet oevre.For this CD we've chosen two of these works - both of exeptional value in ten Have's opinion, and almost never performed.

It's notable that no composer, either before Boccherini or since, wrote so many quintets. The settings are very varied: not only calling for two celli, but also for two violas, and for a wide variety of solo instruments with string quartet
– flute, oboe, guitar, piano. According to Gerard, compiler of the Boccherini catalogue, they comprise 188 works! What is it that so fascinated him about this five-part setting? Although we can't ask him, one practical reason, in any case, is the fact that a string quartet was in permanent service of his Spanish employer, and that Boccherini himself also wanted to play – which explains the choice of a second cello. It's also clear that the broader scope for orchestration within a quintet, compared with a quartet or trio, inspired him and suited his vision of sound, form and structure.