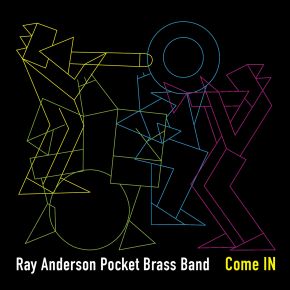 Magic … is one of the most overused terms for describing music. You seldom hear something that is really magical. On the other hand, the American bandleader Ray Anderson is a magician if there ever was one. His magic wand is the trombone. He masterly breaks down the boundaries between magic and reality, spirit and the physical, tradition and utopia. He belongs to those mystics like Louis Armstrong or Lester Bowie before him, whose music depicts gravity and centrifugal forces, becoming and passing away as well as expansion and compression alike. And yet this is about nothing less than the measurability of the world. In addition to these physically calculable quantities, the magic of the trombonist is awakened precisely by those immeasurable spirits that we place exclusively in the realm of metaphysics and its first derivative, poetry.

Growing up in Chicago and influenced from early youth by the whole spectrum of jazz history  from New Orleans to the innovations of the AACM as well as by Chicago Blues, Motown, R&B, folk singers of the sixties and rock bands, Ray Anderson started his apprenticeship with Anthony Braxton in the 1970s and realized that music must always be a component of life, not the least in the bands of Barry Altschul and Charlie Haden. With the Slickaphonics, he combined the avant-garde sound of New York with biting funk, and he showed with BassDrumBone that formal strictness and subtle humor do not have to stand in the way. To this day, he has retained a sound in which the canon of tradition is broken down faced with the pulse of the times.

But where does it come from, the magic in the music of the Pocket Brass Band? No one can bear better witness to this than the master himself. “You have to tell the truth. That means you have to play what you're feeling right now, not what you'd like to feel, or what you think you're supposed to feel. In every situation, you are exactly where you are right now and nowhere else. If you're nervous, you have to play something nervous, and if you're frustrated, then play something frustrating. The magic comes from the fact that music will change everything. If you're frustrated, you won't be frustrated for very long. It's like the weather, like clouds. They're constantly changing. My mentors always advised me: Tell the story! And so I have always told the story.”

Another factor that accounts for the magic of the Pocket Brass Band is the blues. It gives Anderson and his associates the freedom to express everything they feel in the most direct way. For the trombonist, the magic of blues is to be able to deal with every person exactly where they are. The blues doesn't need any explanations. “I don't have to play the blues for the audience, but I can play it with the audience," Anderson stated. “I love the inclusive power of the blues.” He is always aware of the fact that each of his bands is a molecule in the infinite expanse of the musical cosmos. Standing with both feet on the shoulders of the giants, his sounds echo the spirit of Louis Armstrong, Albert Ayler, John Coltrane, Duke Ellington and all those innovators whose brilliance has faded into the darkness of memory.

The Pocket Brass Band is a miniature brass band. Its interaction is reminiscent of the archaic magic of a marching bands in New Orleans, occult incantation rituals and the vague memory of prehistoric minstrel shows. There are no words for the desire to engage in the challenges of the spontaneous musical moment and accept whatever happens in any place in the world. The mutual trust within the band encourages the members to take big risks without compromising their communication or the roots of their sound. Three horns and a drum are so reduced, Anderson said, that after some gigs of the band he has to pick up his lips from the floor.

The members of the Pocket Brass Band are not only outstanding musicians, but also represent their music in their personality. “Trumpeter Steven Bernstein is the perfect partner for me,” the bandleader said with enthusiasm. “We think musically in the same way, and we make the same decisions synchronously. It’s actually magical. Together, we can play anything. Things that are far more complex than Pierre Boulez ever dreamed of, and then a reggae piece in the next moment. Slide trumpet and trombone simply form a cosmos in themselves. Tuba player José Davila's playing is absolutely unpredictable. I never know what he'll do next. He is a super virtuoso, but he has also retained a wildness that I consider important. I've been playing with drummer Tommy Campbell since 1976. He is also unpredictable, but whatever he plays swings.”

Ray Anderson has very vivid memories of the special day at the Cottbus Gladhouse where “Come In” was recorded. The gig took place just before the coronavirus outbreak became a pandemic. Donald Trump had just announced that he wanted to close the borders with the USA, and none of the musicians knew what that meant. Phones didn’t stop ringing, and each of the four band members was begged by their respective families to come home immediately. “I will never forget that night. After the gig, we didn't know if we would have to return to the US or survive the entire pandemic in Europe. Everything was complicated, but as soon as we stood on stage, we only felt joy. The audience was an incredible part of the music. The people there followed us from the first second and became part of the composition."

The new album of the Pocket Brass Band is not the least a tribute to the audience in the Cottbus Gladhouse, which carried the band through the night with their enthusiasm and contributed their part to the magic of the performance. “Come In” is an invitation to all those who want to participate in that incomparable night in Cottbus.