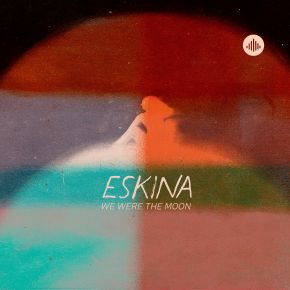 We Were the Moon

Eskina is a unique instrumental band led by guitarist Merel van Hoek from The Hague. In 2018 they reached the quarter-finals of De Grote Prijs van Nederland, where they delighted the audience and the jury with their sensitive and emotional aesthetics that combine the genres of pop and neoclassical music.

The hauntingly delicate symphonic compositions and the unique instrumentation conjure up soundscapes that call-to-mind influences from the minimalist Philip Glass to the British alt-rock titans Radiohead. Songs that take you into the world of shady forests and intimate log fires.

Their first single "At the End of The Sea" was released in 2017 by the renowned American record label Candyrat Records. Eskina explores the transition from classical to pop by mixing chamber music strings and guitar with evocative electronics. This characteristic combination became the basis of their upcoming album "We Were the Moon", a collaboration with guest artist Maarten Vos, which will be released in October 2021 on Challenge Records.

A beautiful sound with intriguing songs and fantastic musicians. Well worth a listen.

"
27-10-2021 Jazzthing
"... Guitarist and bandleader Merle van Hoek uses besides bass and drums namely a cello and a viola... The result is an enchanted instrumental pop, in which Kellen McDaniel on viola and cellist Berber Heerema often take the melodic lead..."
26-10-2021 Music Frames
"Rarely have I listened to an album that makes such an impression because of its inspiring sincerity. We Were the Moon by Eskina could very well become the world, jazz or pop album of 2021. Really splendid music!"
11-10-2021 Nederlands Dagblad
"On the recently released We Were The Moon, Eskina has found a nice middle ground in the border area between classical chamber music and atmospheric pop."
01-10-2021 Rootstime
"Very beautiful music, but probably only really for the listener with a broad vision and ear for a classical orchestration, unfortunately."