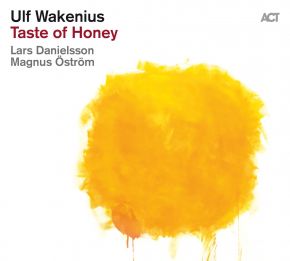 Taste of Honey - A tribute to Paul McCartney (vinyl)

Ulf Wakenius and Lars Danielsson not only share a passion for jazz in its many forms, they are both driven by a deeply-held respect for Paul McCartney. When Wakenius first suggested to me that he wanted to make an album dedicated to him, I was sceptical. After all, there are already plenty of versions of Beatles tunes and many different approaches. But he was really fired up to do it, and when it emerged that Lars Danielsson was on board too, and that Magnus Öström would complete the dream team, I was convinced. I was keen, however, that they should not just record Beatles songs, but also lesser-known pieces from McCartney’s “Wings” era.

As the tunes were chosen, it became clear how extensively both musicians knew McCartney’s repertoire; yet neither of them had seen him play live. In that respect I had an advantage over them. It is well known that The Beatles are from Liverpool, but their international career actually began in Hamburg, and it was these two port cities which would give birth to the sound of a new musical era. I heard the Beatles several times in 1962 at their last gigs at the Star-Club. Alongside their own early originals, they mainly played pieces by Chuck Berry and Buddy Holly. But the highlight of their sets was always Bobby Scott's Broadway song “A Taste of Honey”, sung by Paul. Only a few months later, when “Beatlemania” broke out, I went as part of a Star-Club fan delegation to the first big Beatles concert in London, also taking in a trip to the Cavern Club in Liverpool. There I learned that Paul would end every performance with “Bésame Mucho”. So, as far as I am concerned, both of those numbers definitely have to be in a McCartney tribute.

And what he had once done with his favourite songs is now, in turn, happening to the pieces he wrote: they develop a life of their own through interpretations by others, they become vehicles for other people’s thoughts and feelings, and thereby remain timeless. And so it is with this wonderful Swedish tribute to Sir Paul.