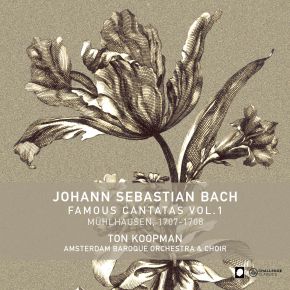 Bach's sacred music written before he went to Leipzig, including all the works from the Weimar period, are often lumped together as "early" cantatas. This is misleading and ultimately inaccurate, since Bach was already 38 years old when he moved from his post as Kapellmeister at Köthen in 1723 to take up his duties as Kantor at the Thomaskirche in Leipzig. In fact most of Bach's church cantatas date from the Leipzig years, as does the consolidation of the stylistic, structural and technical features of his vocal works, but even the repertoire composed before 1714 can hardly be termed "early". The works composed at Mühlhausen, demonstrating a striking sureness of touch in their conception, placed the 22-year-old among the finest contemporary cantata composers. Bach's earliest church cantatas are still clearly marked by 17th-century traditions. As well as the influences of older members of the Bach family, those of Buxtehude and Pachelbel the Elder, and Italian and French masters are evident, technically, structurally and stylistically. A particularly characteristic feature of the pre-Leipzig cantatas is Bach's exceptional delight in experimental and complex handling of an extremely wide range of instruments, with refined sound effects (such as the use of the bassoon) and poly- and homophonic settings and forms.

If I assume that most readers prefer historically informed performances, period instruments, and adult singers, all of these three completists will please, and this generous collection can be recommended with pleasure.

Listeners who are looking for a selection of the best-known Bach cantatas rather than an exhaustive traversal may find this new series attractive.

Magnificent spiritual fullness in the early 1990s. It is a reminder of what the legendary conductor and harpsichordist achieved, more than 25 years ago now, a mastery which is a major act of sincerity...