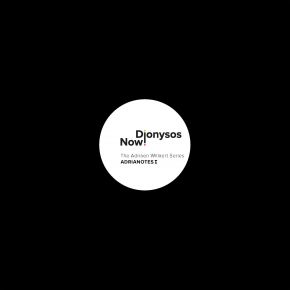 The Adrianotes supplement the albums of Adriano 1 and Adriano 2, which feature Dionysos Now! and Tore Tom Denys in works by Adriaen Willaert. This booklet pays homage to the great 16th-century composer with song texts, literature, poetry, philosophy, and 12 works of art.

"It’s a great pleasure and honour for me to invite you into a journey in the live and work of Adriaen Willaert (1490–1562), the great master of Flemish polyphony from Rumbeke near Roeselare.

Willaert was maestro di cappella of the San Marco Basilica in Venice for 35 years until his death and was known as the best composer and pedagogue of his time. His music quickly spread beyond Italy — thanks in part to advances in printing technology — and was performed at many of Europe’s grandest courts and cathedrals, even at the Vatican. At the same time, numerous composers were coming in the opposite direction from places like Flanders, France, and Germany into Italy to study with ‘Maestro Adriano’ in ‘La Serenissima’ or to become acquainted with his new compositional techniques.
It has been more than 500 years since Willaert’s music could be heard every day somewhere in Europe in a church or chapel. For centuries, it has been (too) silent around the beautifully decorated choirbooks where his masses and motets occupy an eminent place and the printed partbooks that bear witness to the most beautiful madrigals and chansons of that time.

With my new ensemble Dionysos Now!, I want to literally take Adriaen Willaert’s music out of Europe’s libraries and let it sound again.
With Dionysos Now!, I wish to show that Renais- sance vocal polyphony is wonderfully captivating music that deserves to be heard by a wider audience. We want to build cathedrals out of sounds, letting you experience the music as though you were flying far above those cathedrals with a drone. The individual bricks are all there, but they seem to merge together with the whole, into the gestalt: the radiant music generates much more effervescent energy than the sum of its tones, and the music's contagious flow is sought and captured, like a surfer who seems to have found the perfect wave and seizes his chance to ride it before it again ebbs away...

It is my uttermost pleasure to combine music from the renaissance with contemporary art as in the work of Honoré d’O for the first album and by the famous Belgian painter Leon Spilliaert for the second album.
Ancient music but contemporary performances.