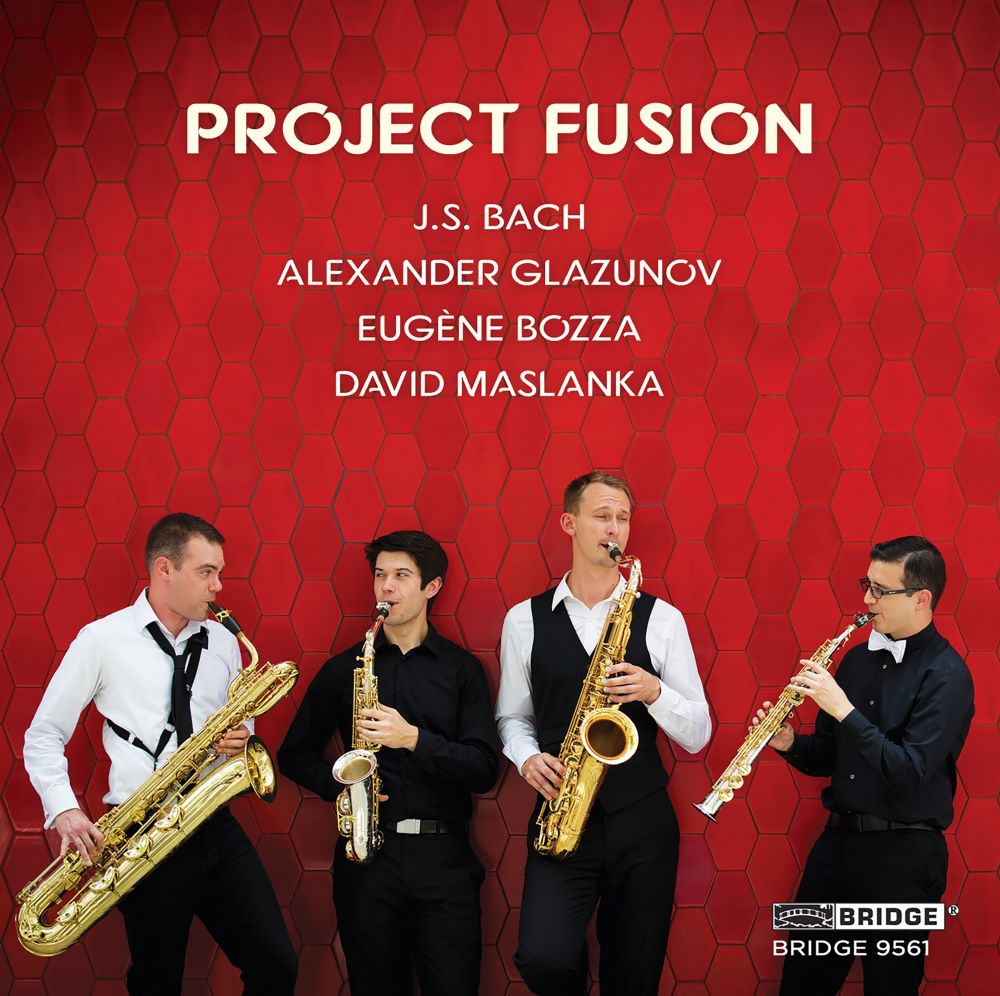 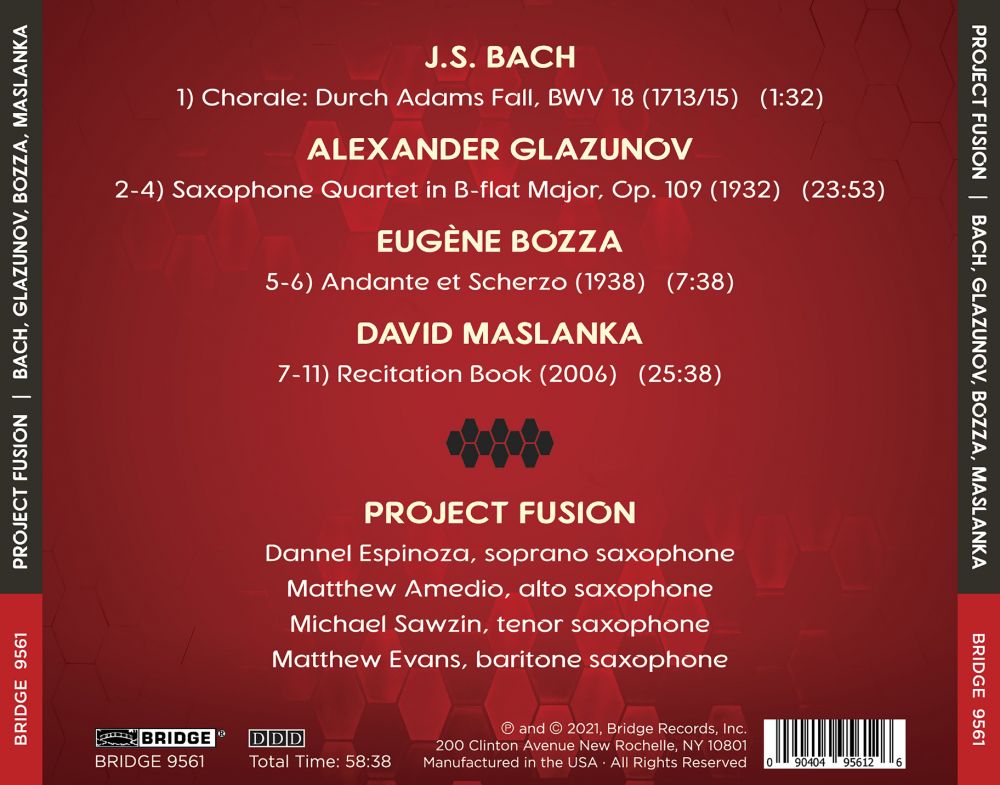 Winner of the 2015 Astral Artist National Auditions, Project Fusion strives to entertain and inspire audiences as well as promote camaraderie among artists through unique collaborations. Formed in 2010 by graduates of the Eastman School of Music, Project Fusion has been praised for staging engaging and communicative concerts, achieved in part through the distinctive feat of performing musical programs exclusively from memory. The ensemble is also known for its diverse musical programming that includes new music, standard repertoire for the saxophone quartet, as well as arrangements and transcriptions. The quartet has captured top prizes in the world’s most prestigious chamber music competitions including the Gold Medal at the 40th Fischoff Chamber Music Competition and First Prize at the 2013 Music Teachers National Association Chamber Music Competition. In 2013, Project Fusion became the first saxophone quartet to earn Grand Prize, as well as the Hugo Vianello Audience Choice Award, at the 6th Plowman International Chamber Music Competition. Comprised of dedicated and passionate teachers, Project Fusion has presented convocations, clinics, and workshops in numerous K-12 schools as well as residencies and master classes at colleges and universities throughout the Midwest and East Coast. The ensemble is dedicated to public arts outreach, and has also presented recitals and educational programs in retirement communities, libraries, churches, and civic centers across the U.S. Project Fusion’s name is derived from the philosophy that music is an infinite, ongoing “project” guided by a sense of adventure and creativity, and that the “fusion” of ideas results in meaningful and enjoyable artistic creations.