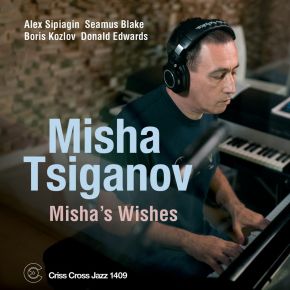 Misha Tsiganov, who lived in Leningrad in the former Soviet Union until he emigrated to the U.S. in 1991, has never shied away from a challenge. That's apparent from the level's of complexity that Tsiganov embeds in the 18 arrangements and 9 originals on his three prior Criss Cross Albums.

As written in the liner notes for the album Spring Feelings, Tsiganov has established a signature blend of mixed meters, shifting tempos, changing keys and re-harmonization that he deploys in order to insure 'that something is happening’, so the listener doesn't fall asleep.