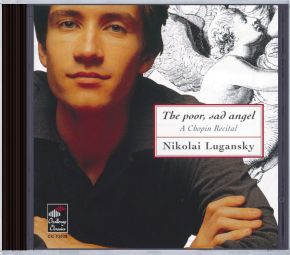 To the exclusion of the Nocturne op. 27/2, the works on this recording were written in the years between 1841 and 1847, the ‘George Sand chapter’ in the Chopin biography.

Chopin met the writer in the fall of 1836 at the Countess Marie d’Agoult’s. Smoking sigars and often dressed as a man, Sand immediately roused Chopin’s aversion: “What an antipathetic person this Sand is! I doubt if she is a woman at all.” She, on the contrary, was fascinated by “that poor, sad angel” and slowly succeeded in winning him over. The famous journey to Mallorca, where Chopin composed his Préludes, was the final step. From then on Sand and Chopin were inseparable.

Sand describes how Chopin composed: “His creations were spontaneous, wonderful. He found them without ever forseeing them, unexpectedly. They came when he was playing the piano – suddenly, fully, sublimely – or they sang in his head during a walk and he hurried to shoot them over his instrument and thus make them audible to himself. However, then came the most grievous plodding I have ever witnessed.”

This description is, oddly enough, not supported by Chopin’s manuscripts, which give little ground that he composed with difficulty. On the contrary: he could work very fast, but he disliked writing his music out. After his friend and long-time secretary Fontana left for America in 1841, the number of works he finished suddenly decreased consequently. Yet, in 1841 and 1842 a great number of important works, including the sizeable Phantasy op. 49, the Ballad op. 52, the Scherzo op.54 and the world famous Polonaise op. 53 came into being.