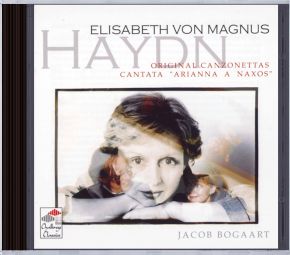 Haydn as a complete instrumental thinker in his Canzonettas

Haydns contact with the poet Anne Hunter was a source of great inspiration, fruitful and probably intense. It gave him the energy to write in a new musical language, that of the canzonettas. There are twelve of them, the first six have already been composed during his first visit to London in 1792, the last six during his second visit in 1794. The two separately composed songs O Tuneful Voice and Spirit’s Song were added later.

Although the context of the poems remains limited to the human field of longing, despair, return, shepherd and sailors, Haydn was nevertheless kindled by a spark of evocative poetic eloquence. Here we find the complete instrumental thinker, who can use typically pianistic textures, but can also write for the piano in a string-quartet idiom; the terse stylist, whether setting many of the strophes in a straightforward manner, or merging episodes or slowing the pace by means of unexpected pedal notes, full of joy – or trembling.

Haydn probably wrote the Italian solo cantata Arianna a Naxos at the end of 1789. He took the piece to England, where he gave the first performance of this piece, which relates the abandonment of Ariadne by Theseus, with the famous castrato Gasparo Pacchiarotti. Shortly afterwards the cantata was published and remained popular for a long time.