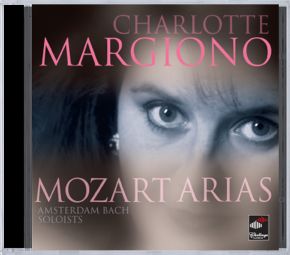 High Fashion for Sopranos - Mozart’s arias with obligato instruments
“Any note you can reach I can go higher. I can sing anything higher than you.” These words from the hilarious duet in Irving Berlin’s musical Annie Get Your Gun could well serve as the motto of many singers and instru- mentalists in the 18th century. For in accounts of opera dating from that time we often read of how rivalry got the better of dramatic content. As an example we may quote the music historian Charles Burney’s report of a performance of 1722 in which the famous castrato Farinelli took part:

He was seventeen when he left [Naples] to go to Rome, where during the run of an opera, there was a struggle every night between him and a famous player on the trumpet in a song accompanied by that instrument; this, at first, seemed amicable and merely sportive, till the audience began to interest themselves in the contest, and to take different sides: after severally swelling a note, in which each manifested the power of his lungs, and tried to rival the other in brilliancy and force, they had both a swell and shake together, by thirds, which was continued so long, while the audience eagerly waited the event, that both seemed to be exhausted; and, in fact, the trum- peter, wholly spent, gave it up, thinking, however, his antagonist as much tired as himself, and on that it would be a drawn battle; when Farinelli, with a smile on his countenance, showing he had only been sporting with him 6 all that time, broke out at once in the same breath, with fresh vigour, and not only swelled and shook the note, but ran the most rapid divisions, and was at last silenced only by the acclamations of the audience.

These moments, when singers could display all their technique and control of breath and tone, were undou- btedly the high points of the performance. And whenever composers “forgot” to include such an aria in any opera, the singers themselves made sure the defect was remedied. A stock of virtuoso arias, the so-called “arie di baule” (“suitcase” arias) formed part of the vast baggage which all singers carried with them on their travels. These arias were tailored to the specific possibilities of each voice and were inserted at a particular moment, whether dramatically appropriate or not. For example, in each opera in which he appeared the castrato Luigi Marchesi sang a bravura aria by Giuseppe Sarti; and Farinelli introduced the aria “Son qual nave” by his brother Riccardo Broschi in the London performances of Johann Adolf Hasse’s Artaserse.