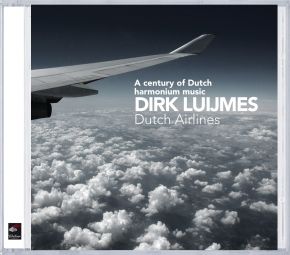 This CD features the harmonium with works, written for the instrument by Dutch composers of all sorts and from diverse periods.Performers and restorers are removing the mothballs from instruments and rediscovering their individual qualities. Partly at request of Luijmes, numerous Dutch composers took up their pen to restore the harmonium to honour, with surprising and splendid results.

They literally and figuratively breathe new life into the instrument that had a bad reputation among professional musicians in the Netherlands. And no wonder: in most cases the harmonium functioned as nothing more than a pseudo-organ, thus earning nicknames such as 'psalm pump', 'Hallelujah commode' and 'circular saw of the faith'.

The fact that many 'serious' composers ignored the instrument may also have had something to do with the nature of the instruments that inundated the Dutch market. These were notably suction harmoniums: instruments with an inwardly directed sound, often possessing limited expressive potential.

Dirk Luijmes has opted for two French compression harmoniums (Victor Mustel,1878 and 1901), primarily because these instruments have great dynamic and expressive possibilities.

With 'Dutch airlines' - he makes it apparent that the harmonium's negative image is in fact salvageable in the case of Dutch music, and not only by enlisting the aid of contemporary composers.