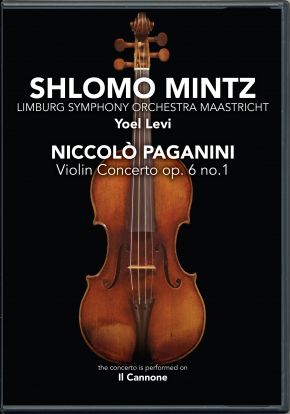 The concerto was originally written in E flat but today is generally played in D. The first movement, Allegro Maestoso, starts with a strong ritornello, followed by a lovely cantilena inspired by the Italian opera. The overwhelming pyrotechnics, like fourth string harmonics, double stops in thirds and acrobatic leaps, show the essence of Paganini as a violinist as well as a composer. The second movement, Adagio, was inspired by the portrayal by an Italian actor Demanini of a prison scene, where a prisoner prays for death to relieve his misery.

The third movement, a Rondo (Allegro Spirituoso) is once again a virtuosic showing with spiccato bowing, double harmonics and qaudruple stops. The concerto makes clear that Paganini not only was a formidable virtuoso showman, but that he also was a serious composer who left us music of superb beauty.