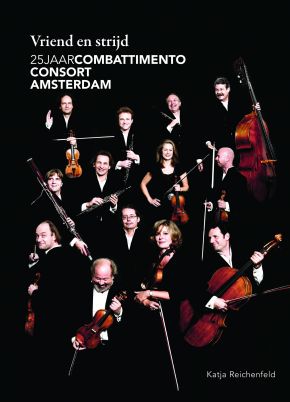 The birth of the Combattimento Consort Amsterdam took place in 1982: twelve music students decided to form an ensemble to perform chamber music. What they wanted to play was not clear at all, but how they wanted to play was clear. According to them all members of the ensemble should have a very own identity, and they had to fit in the small musical community. They wanted to form a close group (consort), that was able to cope with the combat (combattimento) of voice and countervoice.

Music journalist Katja Reichenfeld followed violinist Jan Willem de Vriend and his musical colleagues from the early years of Combattimento. Soon the musicians were captivated by the music of the 17th and the 18th century and so early music became their core business. The ensemble has built a big national and international reputation during the years. In the Netherlands and abroad the ensemble is praised for it's high quality, original presentation and interpretation.