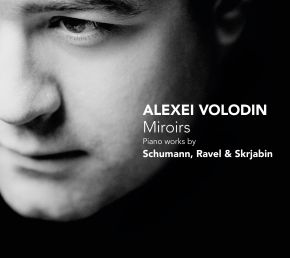 Ravel composed his highly imaginative piano suite Miroirs in 1904-05 after he had joined the Société des Apaches, a group of ground-breaking young musicians, composers, music critics, poets, writers and painters, among them great names like Igor Stravinsky, Florent Schmitt, Manuel de Falla and Maurice Delage. It was Ravel who proposed to adopt the main theme of the first movement of Borodin’s Second Symphony as the society’s musical dictum, a suggestion all members gladly accepted. Miroirs is a musical tribute to his fellow ‘Apaches’ or ‘hooligans’: each of the five movements is dedicated to one of the members.

The eight short pieces that comprise Schumann’s Kreisleriana not only prove the point of highest musical imagination, but each individual movement is also a prime example of formal discipline and structural coherence within the cycle as a whole. It is no coincidence that Schumann studied Bach’s Well-Tempered Clavier intensively when working on the Kreisleriana. The work’s tonal scheme shares one simple, unifying harmonic factor: the related keys of the ‘daemonic’ G minor and the rather gentle B flat major underpin six of the eight movements.

Alexander Scriabin’s earliest compositions, most of them for solo piano, clearly demonstrate his adoration of Chopin, where his first two symphonies are still strongly liaised with Tchaikovsky’s. And like both these composers also Scriabin excelled in creating rich and colourful textures and sonorities. But it was Scriabin’s later fascination for Wagner, Liszt and Nietzsche, together with that mystic domain of theosophy and poetic symbolism that gradually put up a quite powerful momentum in his creative life. It all culminated in his greatest of all visions, that he would be able to establish an all-embracing, eternal and super human art form. (from the linernotes of this CD written by Aart van der Wal)

The imagination, each on another level, is an important theme in all of the works on this CD. Alexei Volodin is a master in creating the right atmosphere for these imaginative works of all three composers. Although he is a virtuoso, he is even more a pianist who can dive deep into the inner world of the composer and his work. Combined with his own inner depth this results in performances that leave a lasting impression on the listener.