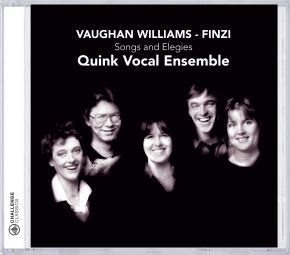 Undoubtedly, one of the most important English composers since Henry Purcell (1659-1695) is Ralph Vaughan Williams (1872-1958). While the revival of English music was heralded by the compositions of Sir Edward Elgar (1857-1934), it soon became apparent that Vaughan Williams was to be the leading figure. Partly through his love – and study – of English folk music he was able to find and reproduce the very essence of English music. His work, unlike that of some of his European contemporaries such as Brahms, Debussy, Schönberg and Strawinsky, is not characterized by startling innovations. Ralph Vaughan Williams remained true to the roots of English musical culture. As no other he was capable of giving expression to that what inspired him. His greatness does not lie so much in the creation of new and/or different musical idiom, but rather in his new use of well-known and familiar elements. Vaughan Williams, with his enormous curiosity, clear mind, great dedication and vitality, carved himself a permanent niche in English musical history.

In view of this and the composition of the Quink Ensemble, a combination of folk song and different a cappella works seems the most appropriate way of giving as complete a picture as possible of Vaughan Williams as a composer of songs.

A friend and great admirer of Vaughan Williams was Gerald Finzi (1901-1956).Melodically and harmonically, Gerald Finzi was influenced by Vaughan Williams, Elgar and Parry, while being unquestionably superior to them in the treatment and setting of texts. Just as Vaughan Williams felt at home with larger symphonic works, Finzi was pre-eminently a composer of songs. Finzi’s character is clearly seen in his compositions: sometimes energetic and forceful, with a great sense of humour; sometimes slow and reflective.

Songs and Elegies is a re-release of Quink Vocal Ensemble.