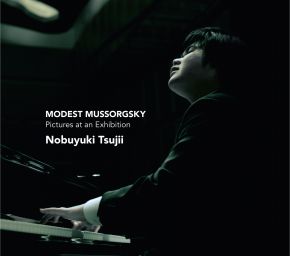 Modest Petrovich Mussorgsky composed his cyclic Pictures at an Exhibition in 1874, after he had attended an exhibition of paintings and drawings by the artist and architect Victor Hartmann, a close friend, who had died in the summer of 1873. Deeply moved by it he almost instantly started to set down his impressions in music. Mussorgsky finished this strongly illuminating and technically quite challenging work in June 1874, within just three months after the Hartmann exhibition. The exemplary use Russian folk and church modes still strikes us today as one of the most distinct and magnificent examples of musical imagination. However, quite characteristically, it took five years after the composer’s death in 1881, before the piano suite was published in St. Petersburg by the music publishers W. Bessel & Co (this first published edition was edited by Nikolai Rimsky-Korsakov). But even then the work did not attract much attention, until almost half a century later, when Maurice Ravel delivered his orchestrated version (commissioned by Serge Kussevitsky in 1922) of Mussorgsky’s piano work. There can be no question about it, Ravel’s orchestration is a triumphant celebration of his own gifts, a miracle of astounding beauty and imaginatively drafted instrumental colours, but it does not have the roughness and edginess together with the overwhelmingly expressive powers of the original piano version.

Today we rank Mussorgsky as one of Russia’s leading composers, but his originality has long been disputed. His orchestrations were considered archaic if not clumsy, obviously even among his colleagues: a composer like Rimsky-Korsakov felt he had to ‘improve’ Mussorgsky’s work, leading to the kind of refinement that robbed Mussorgsky’s music of its pure and colourful stamina.

Un Sospiro (A Sigh) is one of the three concert etudes Franz Liszt composed around 1848; the other two are named Il Lamento (The Lament) and La Leggierezza (Lightness). They serve the purpose as a tool for developing the technique of piano playing as well as their performance in concert, akin to for instance Chopin’s Etudes. Un Sospiro is a sheer virtuoso piece which aims at playing a rather basic melody with alternating hands and where much attention must be given to proper phrasing and refined melodic progression.

Liszt adopted the themes from the famous vocal quartet “Bella figlia dell’amore”, in the third act of Verdi’s Rigoletto, for his concert paraphrase (1859), underpinning strong climaxes with sparkling cadenzas and capturing the whole scene with the pianistic enchantment of supreme grace and exceptional repartee and creativity, the impressively scintillating qualities of a romantic piano hero.