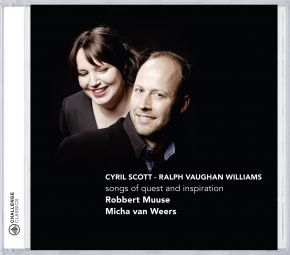 Music history is often unfair to composers. Following his studies in Germany, Cyril Scott became known as the leader of the so-called “Frankfurt Group” of five British composers, including Percy Grainger and Roger Quilter, who “stood apart in outlook and education from the mainstream of the conservative British musical establishment”. Overall, he was a major figure in helping Britain to break away from Austro-Germanic musical hegemony. The famous conductor and composer Eugene Goossens even called him “The Father of Modern British Music;. Much to his own frustration, however, Scott became especially known as a successful composer of innumerable; short songs and piano pieces rather than for his serious compositions. By and large, he produced these;, as he called them, due to a contract that he signed with Elkin in 1904 and I suspect that the fact that he composed only four songs after 1930 had much to do with the ending of this arrangement. Ultimately, the main reasons for Scott’s dropping out from the British music establishment were his musical modernism and, in particular, his fascination with Occultism and Eastern philosophy, which increasingly influenced his musical style. By the 1940s, then, this cosmopolitan composer-pianist was everything but forgotten, though he would continue to compose and, indeed, to write numerous esoteric books, including his most famous Music: Its Secret Influence Throughout the Ages (1933), until the end of his life. No doubt, the revival of interest in Scott’s music during recent decades finally does justice to this remarkable, albeit somewhat eccentric, composer.

Conversely, for a long time in music history, the dominant image of Ralph Vaughan Williams has been that of an English nationalist ‘folksong’ composer. Yet, he never claimed that his collecting of English folksongs, which he began in 1903, liberated his muse and by 1918, in fact, he had largely abandoned composition based on folksong. Furthermore, ironically, the piece that overall established “the supposed high priest of the pastoral” as a musical spokesman of the nation, A London Symphony (1913), was a tribute to what was then the world’s largest city! Likewise, his A Pastoral Symphony (1921) was inspired originally by the landscape of wartime France and not, as generally understood, by that of peacetime England. Fortunately, since recent research has challenged many of the myths surrounding Vaughan Williams’ oeuvre, there now is emerging an image of a distinct modernist composer, who commanded a wide range of musical styles.

Besides the familiar, well-known repertoire, Robbert Muuse and Micha van Weers challenge themselves to continuously explore the field of unknown works, forgotten or even forbidden songs that they deem worthy to be re-discovered and performed as new. This research led to their present collection of approximately 80 songs by Cyril Scott, that have unjustly remained unknown to our generation.

Micha van Weers and Robbert Muuse make their debut in the series Uilenburger Concerts with the programme 'Verschwiegene Lieder' on the 18th of February 2013. These series are organised by the Leo Smit foundation, which is collecting and spreading the knowledge about Jewish composers who were prosecuted in World War II. After their prosecution their compositions where hided for ages in attics and boxes. Some of them are found, amongst others ... 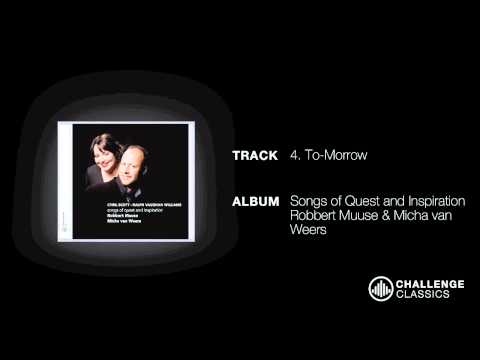