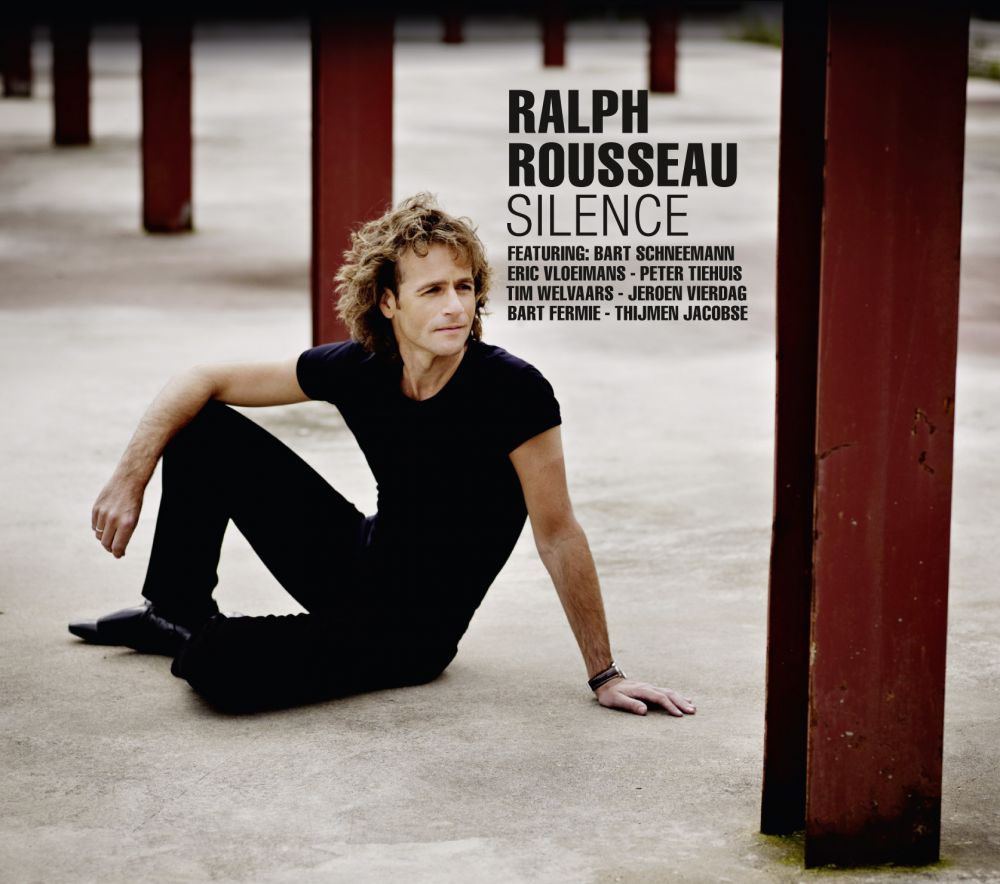 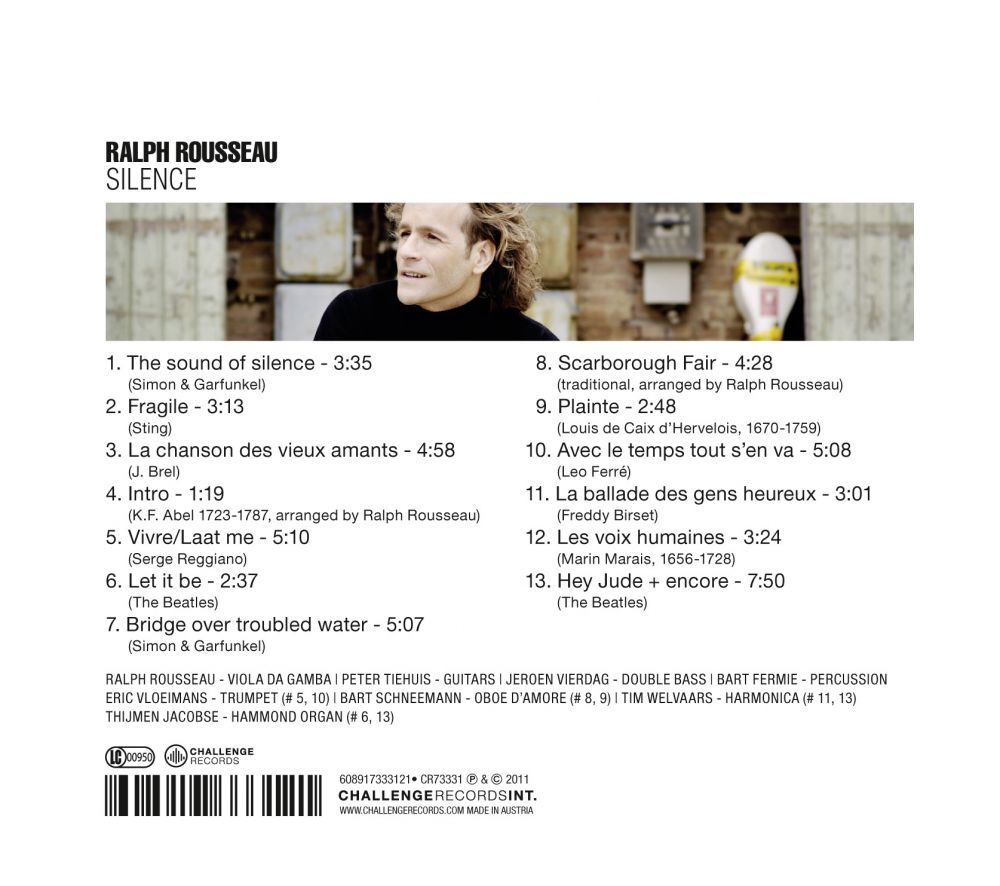 “I wanted this CD to be personal”, says Ralph. “Almost all the tracks have something to do with my life: you could even call Silence a musical autobiography.

He knows his classics, he champions the music of 18th-century gamba virtuoso Forquerais. No-one performs the baroque repertoire of Marin Marais with greater enthusiasm and devotion, but a French chanson or one of Sting’s hits are treasures to him too. Rousseau: “You can’t put me in a pigeonhole. I don’t fit into the standard compartments. For me, music has to do with freedom. This is the idea behind my last two CDs.”

“Now the role of the voice has been taken over completely by the gamba. The gamba sings! If there is a string instrument that can truly sing, it is the gamba. Its colour comes very close to the human voice." The gamba may be a baroque instrument, but adaptations of The Sounds of Silence or Bridge over Troubled Water show how readily at home the instrument is in contemporary repertoire. Rousseau: “This undoubtedly has to do with the instrument’s pure sound. Unlike the cello, the gamba’s sound is not associated with the full and romantic sound of the 19th century. It is precisely the natural, fragile sound of the gamba that makes it so exceptional, so multifunctional.” (from the linernotes written by Oswin Schneeweisz)

In 1996 he changed direction and took up the viola da gamba. He studied with Jaap ter Linden and rapidly became the most prominent Netherlands ambassador for the seven-stringed instrument. He has been soloist with, the Royal Concertgebouw Orchestra, the Gelders Orchestra, the Residentie Orchestra Bach Ensembles, the North-Netherlands Orchestra and the Krakow Philharmonic Orchestra, with such conductors as Sir Roger Norrington and Ivan Fischer.

Ralph’s greatest strength is his interpretation of the works for solo viola da gamba. Various composers have created new works for him and his solo concerts have brought him to chamber music festivals throughout Europe, the United States, Thailand and China. The presentation of his concerts is very personal; he introduces the works himself and his commentary creates an intimate atmosphere even in the largest of halls.

His CD recordings of composers such as Bach and Marais are internationally praised and his cross-over work has also gained exceptional recognition. At the end of 2008 Ralph signed a recording contract with Challenge Records and brought out his CD ‘Chansons d’Amour’. This was received with critical acclaim: “Chansons d’Amour is more than flirtation. It is real love.” (Klassieke Zaken)

Ralph plays an original instrument by Georg Aman (1705), a seven string bass by Reinhard Ossenbrunner and a copy of a division viol by Floris-Jan van der Voort. Bows by Gerhard Landwehr. 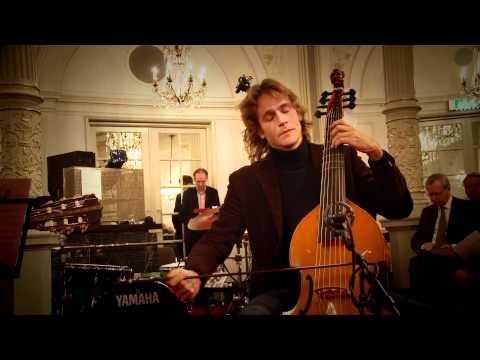 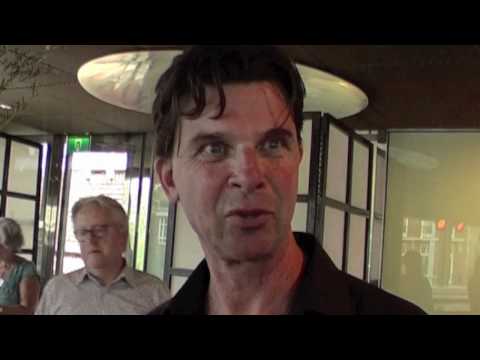 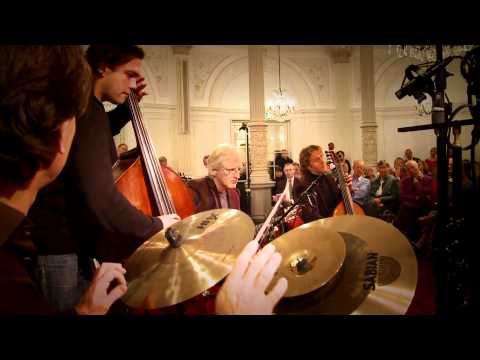 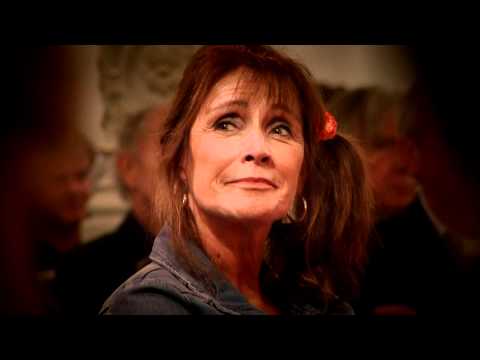 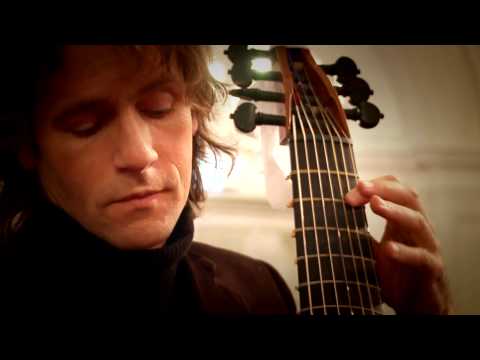