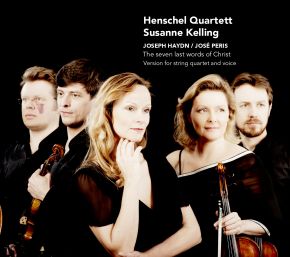 "On March 19 in 2010 when the Henschel Quartett from Munich — one of the outstanding German string ensembles of the moment — performed in the pope’s private apartments to celebrate his name day, the feast of St. Joseph."- NY Times

“The Seven last words of Christ”, in a new “Haydn style” version of by Spanish Royal Court composer José Peris for string quartet and voice.
When the Henschel Quartet received the honourable invitation by the Vatican to perform for Pope Benedikt XVI on his name day the Quartet decided that this should be the opportunity to introduce the new compelling Peris arrangement of Haydn`s Seven Last Words. The Vatican invited the German mezzo soprano Susanne Kelling to take the voice part at this occasion.

José Peris Lacasa, composer and musical assessor to the Spanish national patrimony and organist at the Spanish Capilla del Palacio de Madrid, completed his studies in Paris with Nadia Boulanger and Darius Milhaud and in Carl Orff’s “Meisterklasse für Dramatische Komposition” in Munich.

Professor Peris Lacasa has created a new version of Haydn’s “Seven Last Words” in which for the first time the leading part is taken up by a solo voice, a mezzo soprano. Haydn’s original work for string quartet was a commission by a capitular in Cádiz at the end of the 18th century to celebrate Good Friday in the church of Santa Cueva and became one of Haydn’s most famous compositions.

The world premiere of Peris Lacasa’s version in Madrid was performed by the Henschel Quartet on the Spanish court’s unique Stradivarius collection to an enthusiastic reception at the Royal Court during the Holy Week in 2008, soloist was the Spanish mezzo soprano Ana María Sánchez. 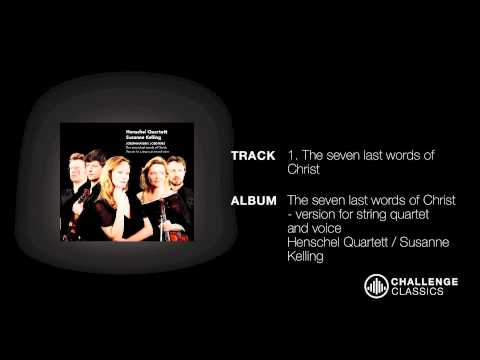 Joseph Haydn (composer)More information
José Peris (composer)More information
25-06-2013
""The magnificent Henschel Quartet plays as if they were one person. They are passionate, accurate, and musically sophisticated. I was astounded at the quality of their performances." - Oscar and Pulitzer prize winner John Corigliano on the all Christopher Theofanidis programs at Carnegie Hall & Yale University, February 2013
"

20-01-2013 Sunday Times
""...the brilliance of the manoeuvre (Op.59/1) gave me a moving surprise in the captivating account by the HENSCHEL QUARTET - a jolt paralleled by the irruption of exploratory recitatives before the tragic-hued, inevitable surprise of the Op. 132...""