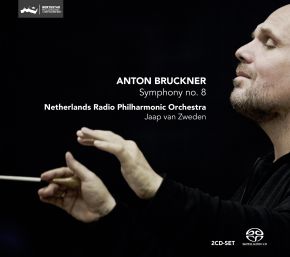 Jaap van Zweden is currently releasing the cycle of Bruckner symphonies with the Netherlands Radio Philharmonic for Octavia and Challenge Records International, with symphonies 2, 4, 5, 7 and 9 already released to great critical acclaim. This is the 8th Symphony!

"Van Zweden and the Netherlands Radio Philharmonic gave Bruckner’s opening movement an aura of mystery, as the two main themes declared themselves before modulating to remote realms. Tightly constructed in a classical manner, the movement gradually moved from darkness to light, while the Scherzo which followed wove a thickening web. If the Adagio attained a beyond-the-grave monumentality through its intricate string textures and chorale-like sub-theme, the oft-repeated descending scale in the finale became a kaleidoscope of textures and colours. Bruckner’s brass is just as busy as Mahler’s, but its moments of cloying Mahlerian fruitiness are short-lived: in Bruckner’s rinsed-clean sound-world, craftsmanship overrides sensuality, as this excellent band showed." - 5 stars, Michael Church, The Independent

Dear Jose,
Thanks for your nice message on the Challenge website!. Unfortunately the recording is not available op LP! We hope that the CD version also is to your liking. Kind regards, Challenge Records International

Dear Challenge Records,
My name is JosÃĐ Sogorb and I'm honoured to have played in this brilliant version of Bruckner 8th Symphony.
My question is that I'd like to know in I could get it on Lp. You can also send a private message.
All the best and thanks in avance.

Dear Challenge Records,
My name is JosÃĐ Sogorb and I'm honoured to have played in this brilliant version of Bruckner 8th Symphony.
My question is that I'd like to know in I could get it on Lp. You can also send a private message.
All the best and thanks in avance.

I will contact you via email. Hope we can fix this!

I bought de CD and download it via I-Tunes, but something went wrong. The adagio-part is missing a great deal. Can you please help me to repair this. The challenge code is Challenge CC 72549.

May I ask when will van Zweden's Bruckner 8 be released? Thanks. 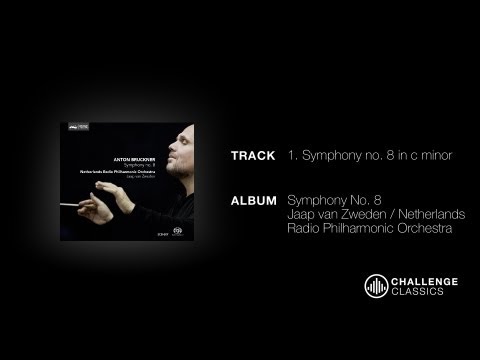 Netherlands Radio Philharmonic Orchestra (orchestra)More information
16-05-2017 Het Parool
"I will ever leave New York because I want to."
23-10-2012 Luister
" Luister 10!
"I can't do nothing else than praise this masterly performance with such great vision. This is with distance the best Bruckner 8 of the last decade.""

01-09-2012 International Record Review
"The recording quality of this issue is quite magnificent. This performance will be presented in an intelligent, sympathetic and profoundly musical manner. This is a very important recording from an increasingliy important conductor, fully deserving of the accolade 'Outstanding'."