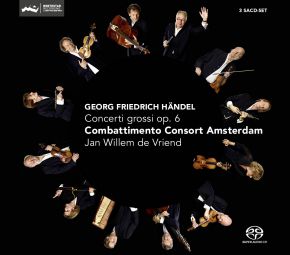 The creative riches of structure and the broad diversity of styles that Handel exhibits in the 61 (!) movements of his 12 Grand Concertos, time and again coloured by a surprising palette of musical expression, is unique, and has led to his opus VI being generally considered alongside Bach’s Brandenburg Concertos as one of the great monuments of Baroque instrumental music.