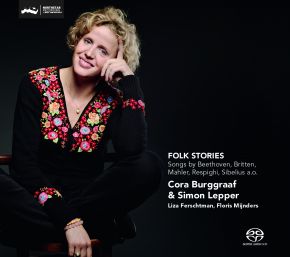 Many classical composers have been inspired by folk texts and folk music. They were caught by the universal character of the folk texts, by the simple, direct and basic expression of collective emotions. Through their classical arrangements these composers have turned the folk songs into ‘art song’ and hence they ended up on the concert platform. But the natural habitat of these texts and melodies is the living room, or the pub. These musicians aspire with this programme to let go of the formalities of the classical concert, and return to the simplicity of the music, the story telling, to the beauty of it, the recogisable, and to the collective experience.