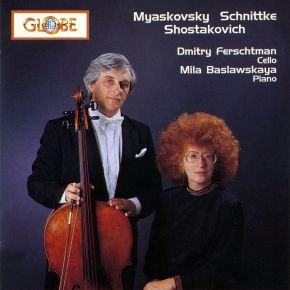 An exciting programme with master pieces for cello and piano by some of the greatest Russian composers of this century with a rich and glorious recorded sound which will appeal to the still growing crowd of chamber music adherents.

Dmitry Ferschtman was born in Moscow and started his musical training at a verry early age at the Central School of Music. At the Moscow Conservatory he studied with, among others, Natalia Gutman. In July 1975, he took part in the last recording of a work by Shostakovich supervised by the composer himself and in 1978 he moved to Holland from where he started a highly successful career as solo cellist with numerous radio recordings and concert appearances all over the world.