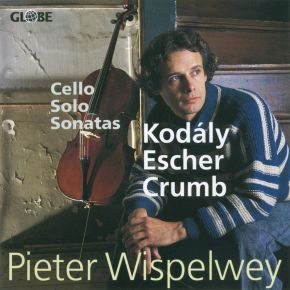 Pieter Wispelwey received his early training from Dicky Boeke and Anner Bijlsma in Amsterdam, and continued his studies with Paul Katz in the USA and William Pleeth In England. His repertoire ranges from J.S. Bach to Carter, Kagel and Schnlttke. He regularly plays the complete solo cello suites by Bach and Britten and the complete sonatas by Beethoven and Brahms in his many recitals, the latter with Paul Komen, and in the USA with Lois Shapiro, as his piano partner. He also performs frequently as a soloist with orchestras and has recently played concertos by Dvorak, Tchaikovsky, Shostakovich, Elgar, Haydn, Dutilleux and Schnittke. Pieter Wispelwey gave his debut performance in the recital hall of the Amsterdam Concertgebouw in 1986 with a Beethoven recital. In 1985, he won the Elisabeth Evers Prize, an award given biennially to the most promising young Dutch musician.