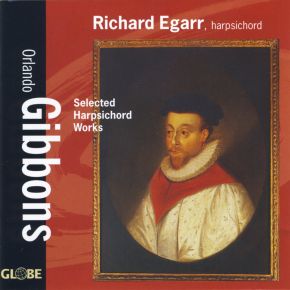 An album with no less than 23 harpsichord works by Orlando Gibbons, one of the most important figures in English music of the early 17th century. The French ambassador described him in 1624 as "the best finger of the age" and the works he composed all demonstrate his extraordinary art in no uncertain terms. They are performed here by that amazing musician Richard Egarr on copies of contemporary instruments, the 'Muselar' or Flemish virginal being the instrument that was in use in all musical 'amateur' households of the period while the small one-manual Flemish harpsichord was the most widely used 'professional' instrument of that great time in English music.