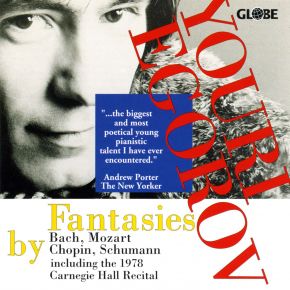 Youri Egorov, whose tragic death occurred in the spring of 1988 at the age of only 34, was one of the major young talents to emerge from Russia in the 1970s. His now legendary Carnegie Hall Concert debut in December 1978 is presented on this album in a stunning live recording. It was hailed by the New York critics as: 'This program may have been the greatest piano recitals I've ever heard", "The biggest and most poetical young pianistic talent I have ever encountered", and "... to be so young and such a mature artist is wondrous".