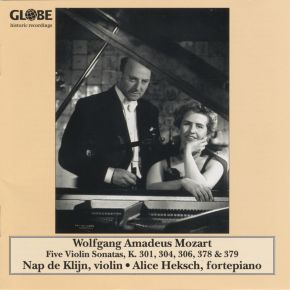 The third album in a series of three featuring the famous Dutch violinist Nap de Klijn who died in 1979 but who is still fondly remembered by many music lovers. He was the founder and great inspiration of the Netherlands String Quartet, and he also formed a famous duo with his wife, pianist Alice Heksch, who was one of the very first to play the Mozart sonatas with Nap de Klijn on an original fortepiano. The performances of these five Mozart sonatas have lost nothing of their brilliance and dedication and will easily take their place among the best ever recorded as shining examples ofthe great musicianship of these two artists.